It's not rare me to flog the 'ol sideblog, but it's pretty rare when it's the main focus of a BoC post. Then again, how many times do you get a chance to have the invincible force known as Earl Sleek weigh in on the Scott Niedermayer vs. Chris Pronger debate? 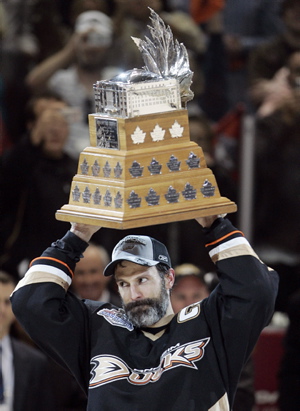 In case you haven't been following things at Cycle like the Sedins, we're currently in the process of selecting the All-Decade team. Sure, it's a year early, but it still should be fairly representative (although the other debate of Joe Thornton vs. Joe Sakic might be dramatically altered). 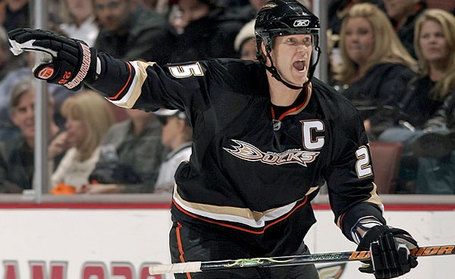 Nicklas Lidstrom is the flat-out obvious first choice for one of the two defense spots and then it's an insanely close race between Pronger and Niedermayer for the second spot (they were one vote apart in a poll). Do you pick the smooth-skating good guy in Nieds or the elbow throwing villain in Pronger? Not an easy choice to say the least.

So, anyway, check Sleek's amusing pseudo-schizophrenic post and weigh in on the debate.