Is it ironic or just a coincidence? Looks like Avery's the one who is 'sloppy seconds'

Share All sharing options for: Is it ironic or just a coincidence? Looks like Avery's the one who is 'sloppy seconds'

Damn Alanis Morissette straight to grammar hell. Seriously, because of that stupid song and MTV's relentless playing of that stupid video, it's possible that it will never feel safe to use the word "ironic" again. She's to the word ironic what Jaws was to the beach. 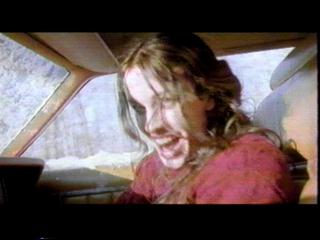 *phew* Anyway, moving along, it sounds like the Iowa Chops are probably going to take a backseat to the NYR's Hartford Wolfpack in the "Avery sweepstakes." (No word on if Scott Hall and Kevin Nash will join as well. HA - HA - HA - HA! Get it? Wolf..wolf...pack? Is this thing on?)

It only makes sense that the Sloppy Seconds Scenario might just end with dual sloppy second-hood. What says sloppy seconds more than being claimed off of waivers ... by the team that did not want to pay you in the summer? That's the equivalent of Johnny Drama breaking up with a girlfriend before Valentine's Day only to re-up a week later.

(Seriously, if the Rangers were an actor would they be Kevin Dillon? Only if they pick up Steve Kariya, Valeri Bure and Frank Stallone I guess.)

There's only one thing. At $1.9 million and change, might there ... be other bidders? Sure, Avery's a prick. But he a) provides cheap headlines and publicity b) occasional aims that loose cannon at the opposition rather than his own team and c) every now and then provides some substance amid all the hot air.

As funny as it would be to see him awkwardly return to New York,this would be even better:

CALGARY (AP) - Hockey fans around Calgary were stunned by the news: the Flames claimed Sean Avery off of re-entry waivers.

This needs to happen for the sake of comedy.