Nashville Predators (whatever) at Anaheim Ducks (whatever)
For a more hockey-related post, head to On the Forecheck.

So I'm still in somewhat of a vacationy state -- I still have only watched one hockey game since my Hawaiian hideaway (only the Sharks game with Spade -- more on that tomorrow), so I'm still not qualified to say too much about the new players.  For the most part, I liked their play in the 1-0 loss, but now as playoff hopes fade to dust, I'm still sort of content with my current "head in the sand" approach.

This ignorant ploy can't last forever, though, but it should be able to last me the rest of the week.  You see, as much as this is the week that separates Anaheim from my playoff money, it's also the last frakking week of Battlestar Galactica -- and I can certainly lose myself in that distraction for the short term.  We'll see what distracts me from hockey reality next week, but for now the promise of a last 2-hour BSG finale this Friday is really all I can think about.  Here's a genre-mixing YouTube lifted from this post that I found amusing.

After the jump, a partial casting for Battlestar Ducktica -- a follow-up series about another group of humans who also solidly frakked themselves in their recent season. 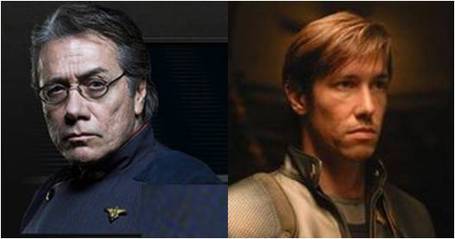 Admiral Adama is the heart and soul of the Galactica, he leads with a steady hand even as the ship and crew around him fall apart; Hot Dog is a bit actor who landed a recurring pilot's role by virtue of being related to the star actor – Scott and Rob Niedermayer.

Laura Roslin is the dying leader, the no-nonsense president making her final stand with the humans – Teemu Selanne.

Lee Adama is the son-of-the-admiral turned politician; he's a lesson in contrast against the old man.  He has a weakness for doing the "right" thing, even when it means hurting the ones he's sided with – big Chris Pronger, who may or may not be the answer to humanity's future. 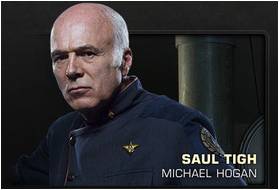 Saul Tigh is the gruff X.O., who remains steadfastly loyal despite revelations that he's not really human – Ryan Getzlaf, mostly because they’re both bald.

Chief Tyrol is the main jack-of-all-trades deckhand who has a weakness for inadvertently helping Cylon agents; he's a robot with inherent flaws – Todd Marchant, flawed-but-useful as ever.

Tory Foster was an aide under President Roslin, but is now adjusting to her role as one of the fabled final five – new fill-in Mike Brown, increasingly becoming a key role player for the Ducks. 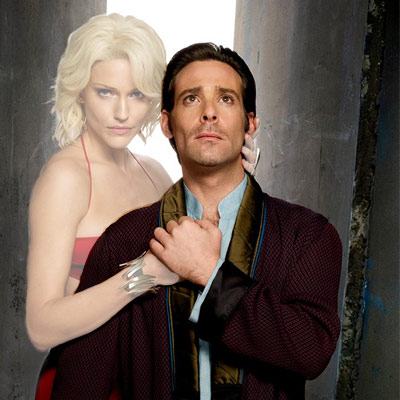 Dr. Gaius Baltar is an educated man who has gained a huge cult following in the fleet, despite repeated failures to demonstrate any real redeemable quality and an invisible angel who will not leave his frakking head – George Parros, the Princeton man.

Tom Zarek and Felix Gaeta were both executed for their roles in leading the mutiny against Galactica – Sammy Pahlsson and Travis Moen, now removed from the show. 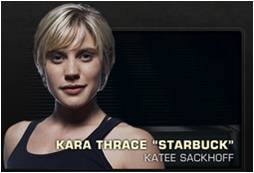 Starbuck is the ace pilot, through strange circumstances resurrected from the dead; it has been foretold that she is the harbinger of death and will lead humanity to its destruction – Bobby Ryan, who seems intent on resurrecting the once-gallant #9 from burnt corpse Paul Kariya.

Samuel Anders was once a sports superstar; now he sits out-of-commission in a pool of Cylon ooze – Francois Beauchemin.

Helo Agathon started as a pretty small role in the show before expanding to become a cast regular – Andrew Ebbett.

Sharon Agathon is a weekly lesson in inconsistency, plus there were complications when her baby arrived – J.S. Giguere.

Ellen Tigh drinks a lot, and after a lengthy absence is trying to get back into the swing of things – Earl Sleek. 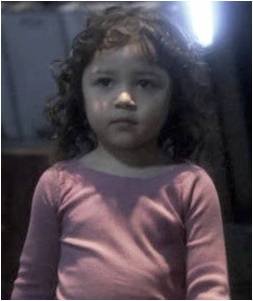 Hera is a whiny little bitch who rarely stops crying, but still sits squarely at the center of Galactica’s destiny – Corey Perry.

So that's pretty much my partial casting -- feel free to add or correct anybody I've neglected in my list.  Can this ragtag group of survivors roll the hard six necessary to make the playoffs?  Probably not, but perhaps that's what makes the show itself so frakking compelling.  I'll definitely have Galactica on the brain until this Friday's finale -- then we'll get back to regularly scheduled hockey pessimism next week.

Prediction: At this point, my main focus isn't winning -- the Ducks are probably better off looking at how they can end the season below the Kings in the standings (for a better draft position).  Ducks 2, Predators 4.  Goals by Tigh and Hera.