Bubble Update: How is Chris Simpson ahead of Lindsay Soto?

Share All sharing options for: Bubble Update: How is Chris Simpson ahead of Lindsay Soto?

Cooooooome on, Versus. It's bad enough that you cannot pick the right hockey games. At least that's not as simple as a single glance. But considering the fact that - let's face it - sideline reporters have about as much relevance to the NHL as Roman Cechmanek, why don't you just choose the best eye candy?

This is like comparing the history of the Montreal Canadiens to the legacy of the Los Angeles Kings: 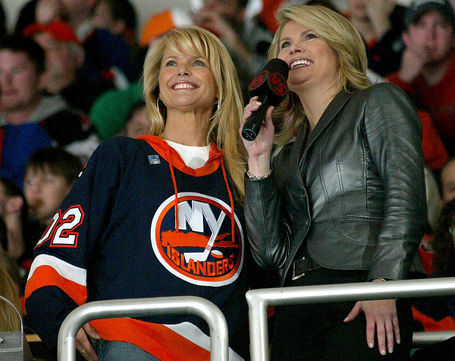 Simpson (on the right) is attractive for a normal human, yes, but ... 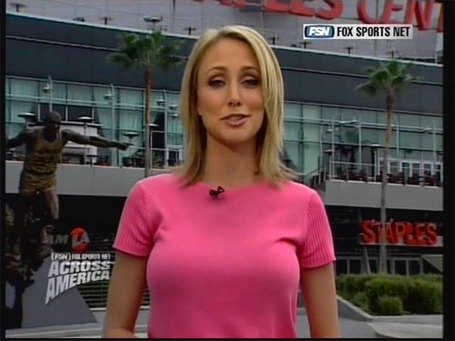 Soto is the unanimous winner.

OK, now that we have that SWEEPING CONTROVERSY out of the way, let's take a look at this week's bubble teams.

Not exactly a walk in the park for the Hitchcockers, but at least they can stop getting destroyed by the St. Louis Blues. Steve Mason finally showed that he's human with a really bad turnover for a goal. Marty Turco definitely sent him a "I feel ya, bud" type text message for that one. 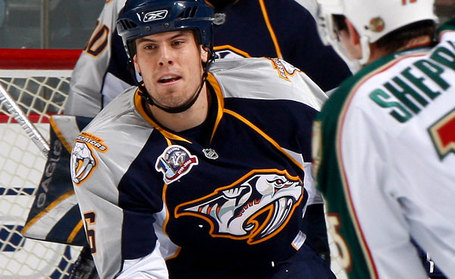 The Predators have nearly an identical week to the Blue Jackets, actually. They've been on fire and Shea Weber got the Puck Daddy treatment today. But do they have enough to overcome a very tough looking upcoming schedule? You get the feeling Gary Bettman is rooting against them. I mean, really, do any unbiased hockey fans want to see another Detroit or San Jose vs. Nashville slaughter? Just sayin'. 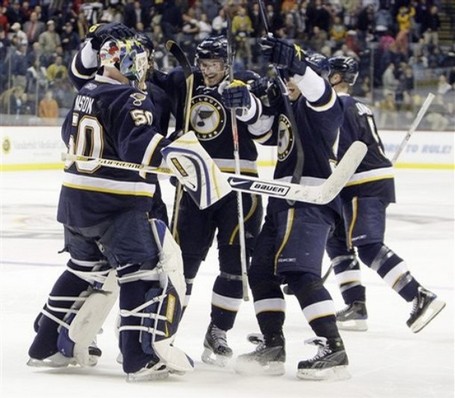 The Blues might just be the hottest team in the NHL right now, but look at those numbers above. In their last six games, only ONE is at home. As hot as they are, would they be able to hold off the Ducks and their extra win? If it's tied (at this pace) the Ducks would get in. Hate to piss on John Davidson's stache parade, but the Blues (could) be a mirage. Hard not to like the scrappy little buggers, though, right? 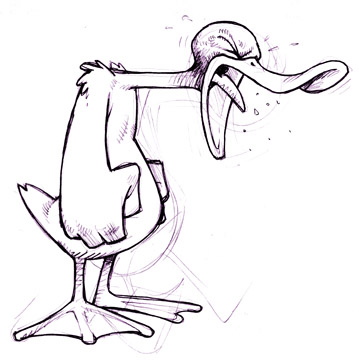 Just a brutal week ahead for the Quack Attack. It's quite possible that the Sharks could avert a Battle of California by wrecking their divisional and cross-state rivals in two of the last games of the season. With three straight games on the road and four tough games this week, what's a realistic mark for the Ducks? You'd think six points would be pretty damn impressive. 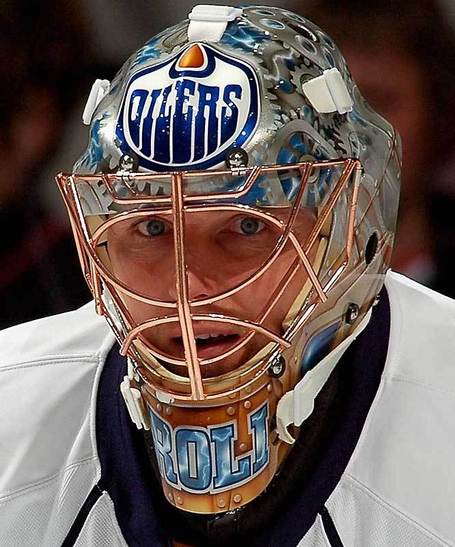 The Oilers have been the team that I've consistently picked to make the playoffs because of their schedule and that's the one thing that's keeping this Roloson-dependent group alive. Their last six games are the opposite of the Predators: all but one game will be in Ed-land. 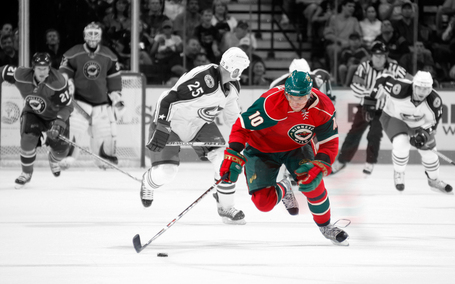 The Wild are staying on life support because Marian Gaborik has been an absolute beast, rather than an abdominal-ly injured beast? I dunno. For the first time EVER, it seems, Minnesota has a favorable looking schedule, but I still don't think they're going to make it.

I was going to put the Stars in there, but forget it. They might lose to the Coyotes, who clearly have that "lost the will to fight" look to them. You know things are bad when everyone starts to whine about injuries. Yes, injuries were a factor. But let's face it: this team frequently sucked at or near full strength. Let's not kid ourselves here.