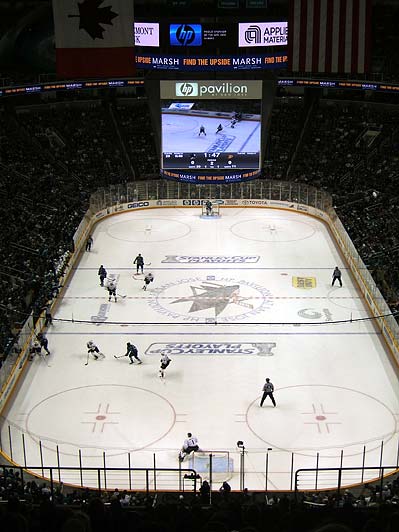 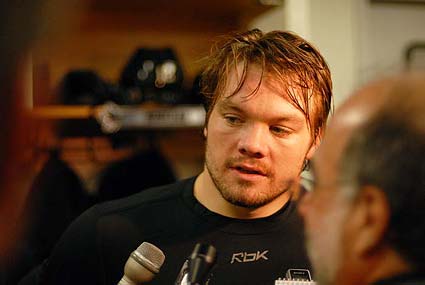 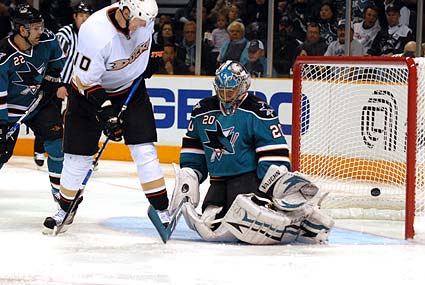 Here are a couple of photos from Game 1 of the WCQF from the auxillary press box, from the locker room, and from ice level.  Photos show a hit along the wall in the second period, San Jose Sharks defenseman Douglas Murray answering questions from Mercury News reporter David Pollak after the game, and Corey Perry creating traffic in front of the net on Scott Niedermayer's third period goal.