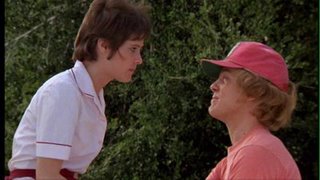 Imagine if Danny Noonan and Maggie McIrish had, in fact, had a child.  This child, that they named Patrick (after St. Patrick), had grown up to look like an odd combination between the two.  The Noonan's, who were forced to move and change their last name to "Kane" (in order to avoid the wrath of Judge Smails), raised their child to be a golfer, just like Danny.  Their son rejected the golf club, however, and instead embraced the hockey stick.

Their son?  This guy: 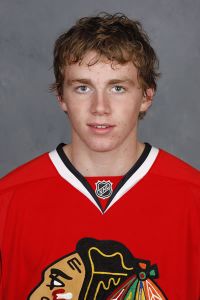 (I was watching the game yesterday and they said Kane's nickname was "Kaner."  I think a better name would be Patrick "But He Said He Loved Me" Kane.  Seems to fit.)