What Joey New should do

Share All sharing options for: What Joey New should do

In case you haven't heard, the Dallas Stars decapitated their GM hydra in favor of a guy who hopefully won't add a redundant, ill-fitting fashionisto to the fold in Joe Nieuwendyk.

It's probably important to note that I'm not a Stars fan (more of an "admirer") before we get into this, because I'm going to write some things that will make people cry into their goofy, super-literal "Stars" jerseys.

After the jump, let's take a salary cap/off-season outlook for the Dallas Stars.

So, here's my "blueprint" for the Stars. 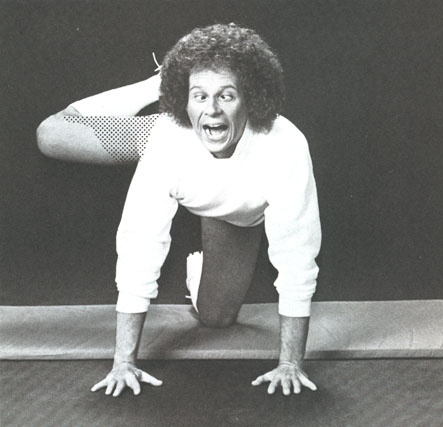 Hiring the guy who won the Conn Smythe in the Stars only Cup victory probably shows that Dallas still loves to live in the now-decade-old past. Sometimes their general managing reminds me of Chris Farley interviewing Paul McCartney.

(Y-you remember that time we won the Cup?)

ANYWAY, the Stars are at a crossroads this year. Sergei Zubov, Darryl Sydor and Jere Lehtinen are all unrestricted free agents. Considering the fact that Smokin' Sergei (only 10 games played this year, 46 last) and Heavy Metal Jere (only 48 games played two years in a row) cannot stay on the ice, it should be an easy decision to make. Perhaps if the two of them would come back for peanuts I'd take them back, but that seems highly unlikely.

2. Sell your soul for Jay Bouwmeester 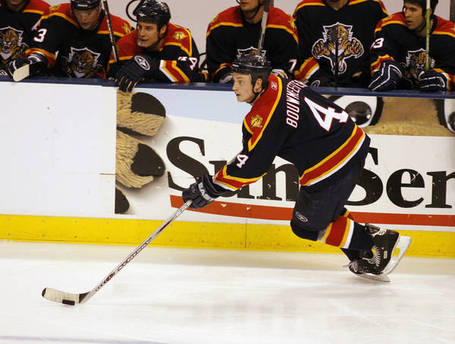 Rudy says that Jay-Bo is "Scott Niedermayer with Chris Pronger's reach." Jesus. You'd think the Florida Panthers would make it to the playoffs with a Frankenstein monster like that.

I cannot refute RK on that, since I honestly haven't seen the dorky looking defenseman play all that often. Since I'm encouraging Dallas to let Zubov walk, they will need a top D and Bouwmeester can skate, move the puck and has solid size. Throw Zubov's salary (plus ... maybe a half million extra?) at Bouwmeester and take him to Baby Doll's. Do what it takes.

With Marty Turco occupying $5.7 million of cap space, it's obvious that the Stars are tied to his fate. That fact was made painfully clear during his epic early season struggles.

The Stars need a capable backup when Turco plays like dog shit. Conklin was the first name that popped into my head, but the important thing is to find a guy who can carry the team at times (yet won't cause too much of a goalie controversy).

Why wait for the threat of offer sheets when it's fairly obvious that these two guys are the future of the Stars' offense alongside Morrow and Ribeiro? They might as well sign them when they're (relatively) cheap.

5. Try to swindle someone into taking Brad Richards' contract 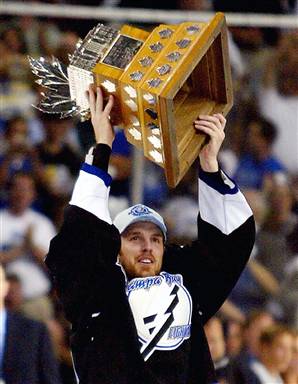 Not to be a dick, but Richards is obscenely overpaid. The Stars should attempt to move Richards to some sad sack team that cannot attract high-end free agents. Maybe the Florida Panthers will want to make their "division rivals" pay by bringing the Lightning's Conn Smythe winner to the Bermuda Triangle of Hockey. Perhaps teams like Atlanta, LA or the Islanders would be foolish enough to take his deal.

I doubt it, but it would be worth trying.

So, those would be my first five steps in turning around the mixed bag that is the Stars' roster. What do you think, non-Stars fans of California? Small handful of Stars fans?