Share All sharing options for: Strength and Conditioning Tips, Courtesy of Chyna

The Kings have hired a new strength & conditioning coach, which is crucial for the development of their young and inexperienced players.  The coach?  Tim Adams, who has his own website online that you can check out.

I highly recommend the video on the 1st page.  The whole thing is some weird Tony Robbins-esque business/athlete bullshit about centering your chi or some ridiculous shit, and the amazing thing is that it has 3,000 words without ever once saying a damn thing about what the program actually does.  To find out, you only have to pay the low, low price of $300 dollars a month to... wait, $300 dollars a month?!?!?!?!?  This program better involve gold-plated weights and whores, lots of whores. 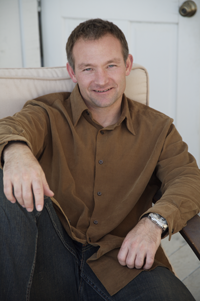 "In order to train you, Dustin, I'm going to need you to take your pants off."

Of course, when Tim Adams isn't scamming Patrick Bateman wannabes and reabsorbing his nut sack back into his body he's also a fairly accomplished strength & conditioning coach.  He has his masters in exercise science, along with a certificate to deal with soft tissue injuries.  He played football in college and then moved on to Olympic weight lifting.  He has worked mostly in football, serving as strength & conditioning coach for the Oakland Raiders (back when they had rampant drug use on their team) and before that worked with Air Force's football team.  He is an advocate of Olympic-style weight lifting to build stabilizers and muscles, which is good, so he'll probably be OK.

But if Anze Kopitar answers a question about his game by saying, "Well, it's all about balancing my leisure arena and my mental arena," then we'll know who to blame.