This heartwarming exchange between young Drew Doughty and O'Donnell (although O'Donnell likes kids a little too much):

You could make a case that Sean O'Donnell was the best player on the Kings last year.  The aging greybeard played against the toughest competition of any King and yet was on on the ice for the fewest number of goals per 60 minutes out of any King that wasn't a bottom-line player.  O'Donnell was a calming influence for the Kings, a steady defender that was always in the correct position and could be counted on to make the smart play.  O'Donnell rode shotgun for Drew Doughty for the first 3/4 of the season, constantly talking to him and occasionally bailing Doughty out when he made one of his few rookie mistakes.  O'Donnell would later do the same for Jack Johnson at the end of the year, and not coincidentally that's when Johnson looked his best.  I think most people thought O'Donnell was at the end of his rope and would be exposed when he left Chris Pronger's side in Anaheim, but if anything he showed that he was as responsible for the Ducks' stellar defense as Pronger himself. 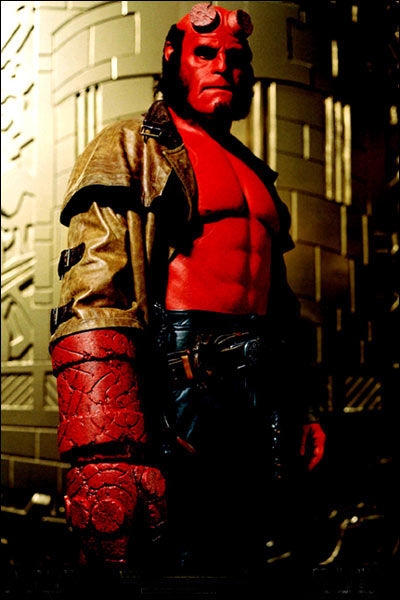 The Kings jumped from 29th in the league in penalty killing in 2007-08 up to 7th in 08-09, and I think you can give 5 people credit for that: Mark Hardy, a healthy Michal Handzus, Jarrett Stoll, Matt Greene, and Sean O'Donnell.  Who deserves the lion's share of the credit is up for debate, but I personally think it's O'Donnell.  Maybe I'm crazy, but I give him credit for a lot of things: Doughty's outstanding play as a 19 year-old, Matt Greene's maturation as a shutdown defenseman, the overall improvement of the defense as a whole, the quality of Mad Men, the time I hooked up with this insanely hot chick my freshman year of college, a lot.  I don't think I'm exaggerating when I say that Sean O'Donnell was the greatest off-season acquisition in the history of the world.  Look it up.

Next Season: It's kind of hard (haha!) to see where O'Donnell will end up next year, as the Kings have 3 shutdown defensemen in their line-up: O'Donnell, Matt Greene, and new addition Rob Scuderi.  Scuderi should take over for O'Donnell starting next year, but for this year they're kind of cramping one another's style.  I assume 2 of the 3 will play mostly even-strength minutes while the other one logs heavy minutes on the penalty kill.  O'Donnell will be 38 for most of next season, and you can't depend on someone of that age for much more than 3rd-pairing duty.  I hope O'Donnell plays on the 3rd line with whatever youngster cracks the line-up, but he might be called upon to do more.  Ideal situation: Doughty plays with Scuderi, Johnson gets bailed out by Greene, and young Thomas Hickey learns at the feet of wise old O'Donnell.  (O'Donnell played off-wing with Pronger, right?)  Worst case?  O'Donnell resumes his spot alongside Doughty, and maybe this time Doughty bails out O'Donnell.  Whatever happens, O'Donnell has secured his place as one of those guys where someone mentions his name 15 years from now and you'll say, "Hey, that guy was awesome!"