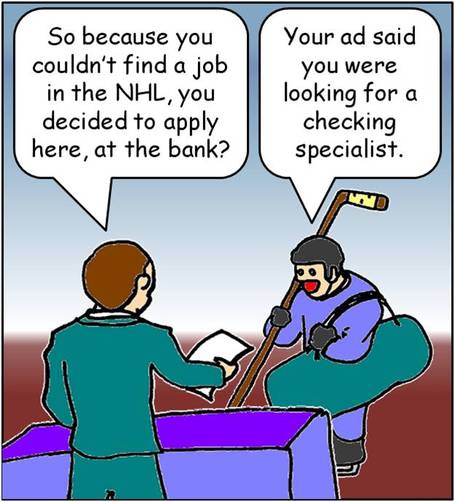 Eh, I guess it beats the KHL.

Yes, the cartoon is hopelessly corny, and yeah, I'm lazy.  But it's Friday -- why not?

It's been slow-as-golf around the NHL universe lately, as the slow summer months creep ever toward training camp.  Still, I have to admit, I've been able to fill the void a bit lately with an unexpected source of sports entertainment: the cross-Katella Los Angeles Angels of Anaheim.  Now I'm really not a baseball blogger (go here for that) -- I can follow the sequence of baseball just fine, but it's been nearly seven years since I followed the Angels with any regularity.  Back then, I had a roommate that was a hardcore Kings and Angels fan, and his enthusiasm roped me in to watching the Angels' run to the World Series in 2002, thunderstix ablazin'.  After that, though, the Mighty Ducks went on their own postseason run, me and my roommate parted ways, and I pretty much lost interest in baseball for good (or so I thought).

Cut to about a month ago -- fate twisted its evil hands together and conspired to put my Kings-Angels buddy back on the streets, and like the sucker I am, I took him in as a re-roommate for the short-term future.  Overall, it's been great -- the nice thing about a former roommate is you already know what to expect out of the day-to-day.  Just like old times, we talk about hockey (we're both itching for our respective training camps) and once again he's roped me into watching the Halos, but the last month or so that I've paid attention, they've been awesome.  No Vlad, no Hunter, no Rivera, but somehow this Angels offense continues to pump out wins, most of them in come-from-behind fashion.

Now there's probably little danger of me becoming a full-fledged baseball nut; at some point me and the roomie will part ways again, and he'll probably take my baseball-watching habits with him -- I'm still not at the point where I'm compelled to watch a game by myself.  But for the short-term, I've been watching and rooting and despite all my hockey inclinations, I've been having a blast.  Heck, I'm even going to tomorrow's Angels-Twins game (I have no idea where I'm sitting -- look for a guy in a red shirt who looks like he'd rather be wearing a green shirt), and fully expect the Twins to blow a lead.  Psst, hey Minnesota, remember this?

For sure, I've been out of the baseball universe for a good long while, but watching Angels games recently, it's starting to feel a bit like 2002 -- quite exciting despite the sport's inherent slowness.  And if that feel-good premonition holds to form, watch out, Ducks fans.  In my experience, every time the Angels have a storybook postseason, the cross-street Ducks carry the torch the following spring with one of their own.  So, in the spirit of selfishness (plus to piss on Rudy's hopeless Dodgers obsession)...