Most Frequent Linemates: Michal Handzus, Alex Frolov & a bunch of other guys

Last Season: This guy rules.  I'm not going to lie, Alex Frolov and I have a great relationship where we go paddleboating on the lake and play chess together (he always wins!), but Wayne Simmonds'* brash style of play is tempting me to make him my new favorite player.  Simmonds only had 9 goals and 23 points on the season, but you have to understand that he only played 13:50 minutes a game and they were hard, hard minutes.  Simmonds had the 4th toughest competition on the team among regulars, according to Behind the Net.  (O'Donnell, Frolov and Doughty had tougher competition.)  Handzus probably did too, but he ended up playing more because of power play and additional shifts and stuff like that.  Simmonds didn't play that much on the penalty kill, but that's more because Terry Murray likes using his top players on the penalty kill more than most other coaches.  He'll likely get more time next year.

I think Wayne Simmonds probably has my favorite game of any King outside of Frolov.  It's incredibly simple yet so effective.  Simmonds will simply skate into the zone, deke one way, throw the puck into the corner and then go and get it.  It's so simple but you never see skilled players do it.*  You'll see a guy like Derek Armstrong try it, but he's too slow to actually gain possession.  Simmonds has good speed and even if he can't gain possession, he can at least tie the puck up and kill some time off the clock while the other team's best players are on the ice.  Even when the team looked terrible and no one could get anything going in the offensive zone, Simmonds would still get pressure in deep and give Jonathan Quick a little breathing time.

*I hate to keep bringing him up because it kills me that he's a Duck, but Ryan Getzlaf is an exception to this.  Of course, he'll throw it in, make a nice hit on the defender, and then slash him in the leg or something and get a stupid penalty.

Simmonds was undoubtedly one of the bright spots on the team last year.  I don't know who the bigger surprise was last year, Drew Doughty or Midnight Meat Train.  Doughty was better, but then again weren't we all expecting that?  Simmonds was drafted as a raw prospect and went from that to "established 3rd liner" in 2 years.  That's pretty good. 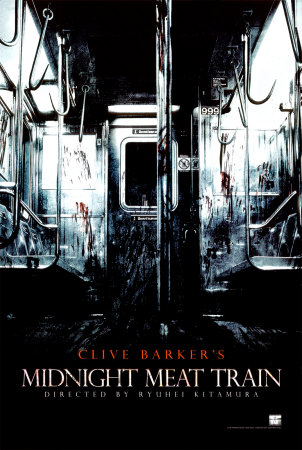 The Future: Wayne Simmonds could become more than an established 3rd liner, but I kind of doubt it.  He's weird, because he's very raw still (I mean, he's listed at 6'3", 176 lbs.) but his game is so simple that I don't see much room for improvement.  He could do what he does better, I guess, and I imagine we'll see some more physicality added to his game in the future.  Ultimately, though, I see Simmonds as a super-3rd liner, a guy that plays great defense and chips in 15-20 even strength goals a year, along with the fighting and the being a great locker room guy and all that.  I still love Alex the most, but is still young.  I may end up boarding the Midnight Meat Train someday.