I'd say there's no more important person to the Kings' playoff hopes next season than Justin Williams. I mean, Kopitar is probably the most critical player on the team, but even if he doesn't progress from last year he's still good for ~65 points. Brown, Frolov, Smyth, Stoll? You can reasonably project what they're going to do, barring major injury. But Williams? I don't think anyone has a clue. 70 points? 30 points? 10 points? All can be argued with conviction. I'm only certain of one thing: Justin Williams looks like Nick the British guy from Langoliers.*

*I have seen this TV movie about 15 times, I'd say, despite it being the most terribly acted movie in the history of the world. It's got the Balki from Perfect Strangers playing an uptight businessman, the wife from City Slickers looking like a horse, some annoying blind chick, and the helper guy from Quantum Leap playing a mystery writer that says shit like, "Exactly, dear boy." Oh, and don't even get me started on Albert. "Gentlemen, the cola is very, very good today." Fuck off, dork.

And yet I love it. Not only that, but every person I know who has seen it loves it too. It's one of those movies that is so bad it wraps all the way round to being good again. It's 360 degrees from awesome.

Williams is a guy that can do everything well. He can shoot, pass, work the corners, and play defense at an above average level. He's not a superstar, but he's one of those guys you need if you want to win a championship. Sure, Williams has been injured the past two seasons (he's had a devastating knee injury, a torn achilles tendon, and a broken hand), but he's been cleared to play and already went through his painful adjustment period last year. Like Handzus showed last year, players are far different a year after surgery and Williams will hopefully continue that pattern.

Williams will likely play with Kopitar next year, as he did for most of his time with the Kings last year, and that means he'll have lots of opportunity to put the puck in the net. He'll get plenty of even strength and power play time, so the minutes are there for him to score if he wants it. Kopitar isn't a passer or a scorer, he's kind of both, so it's good for him to have a guy like Williams that can do both as well. If Williams is at 100% of his full ability next year then he should be fine and tally close to 70 points next year.

A quick change: Williams was a guy that could do everything well. He hasn't been that guy for 2 years. Plus, he didn't just have a knee injury last year; he had his 2nd knee injury, both on the same knee, and both were torn ACLs and MCLs. Knee injuries are shitty because they never fully heal. I popped my knee out playing hockey when I was like 9 and I still can't sit Indian style without it popping out again every time I get up. Hockey rinks are littered with guys in their 40s who were once gods on the ice but now can barely make it up and down the rink because of balky knees. Dean Lombardi is apparently unafraid of knee injuries, as the signings of Handzus and Stoll and the trade for Williams will attest, but I am. Even if Williams can play 82 games next year, there's no guarantee he can play those 82 games effectively. An ineffective Justin Williams is Kyle Calder. How many points did Kyle Calder have last year? 27.

Williams will play 10 games and score 10 points then fall down a manhole, ne'er to be seen again. Or the langoliers will get him. 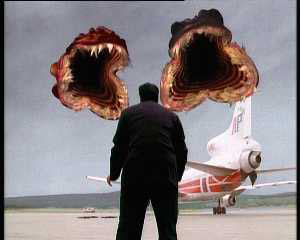 There were 9 teams in the league last season that had 5 players score 50 or more points. They all made the playoffs. The Kings have 4 guys you can reasonably assume will top 50 points next season, barring injury: Kopitar, Brown, Frolov, and Smyth. If Williams can rebound to his old form, then the Kings have a very good shot at making the playoffs. If he doesn't... well, fuck.