So I was going to write about goaltending today but I got distracted by chickens.

It started when I was catching up on The Colony, a hilariously fake yet still entertaining hyper-reality show on Discovery Channel.  It's this show where they take 10 "survivors" of the apocalypse and then give them limited supplies to rebuild civilization.  Anyway, there was an episode where they traded with some Russian/Arabic/fake-sounding marauder (don't ask) and received chickens.  I thought that was a good idea since they could eat the eggs, but then my roommate mentioned that it wouldn't help them because they didn't have a rooster.

"Yeah, good point.  Wait, why would they need a rooster?" I asked.

I thought for a second and said, "Well, they don't need a rooster, chickens just kind of, uh, lay eggs... right?"

My roommate thought for a little more than a second and said, "Umm, no, I don't think so.  Where do you think the egg comes from?"

"It just kinda comes, right?"  I was less sure of my position now.

He replied, "Think about it.  Haven't you heard of people getting an egg and then there's a little chick inside it?"

"So were they just fucking the old rooster in Chicken Run, then?"

We were both confused, but I deferred to him on the matter since he's a Ducks fan and is therefore more familiar with birds. 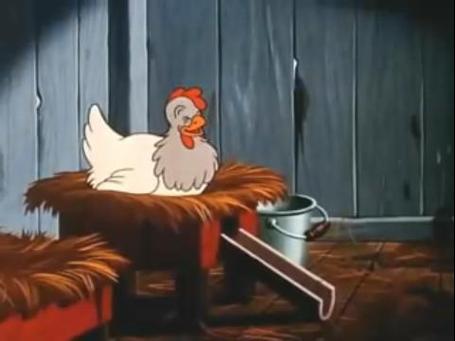 I continued about my day, but the question stayed with me.  It's not one of those things you ever really think about; chickens just sit on their little nest and happily cluck along and lay eggs... right?  That's what Disney told me.  But then again, there are always little things you thought you learned as a kid that you believe until you're proven wrong as an adult.  For example, I thought the USSR stood for the "United States of Socialist Republics" until I was 19 years old.  I saw the letters and worked it out in my head when I was like 6, and it just stuck with me.  It's been known to happen.

But anyway, the thought stuck with me, and I discussed it with my old roommate, Meg.  He thought I was right, although he wasn't completely sure, either.  I mean, chickens lay eggs kind of like women have an egg a month, right?  Chicken eggs are just a little more delicious, that's all.  (You: Wait, did he write 'a little more?')  But then, if that's true, what happens to the eggs if they're not fertilized?  The chicken just leaves them?

Apparently, chickens do lay about an egg a day and then incubate them in groups of 10-12.  If they're not fertilized the chicken will just leave them and build a new nest.  Mystery solved.  My roommate probably thought that chickens fucked to get eggs when he was a kid and never questioned it until now.  In summation, my roommate is stupid, I'm stupid for listening to him, and chickens just kind of lay eggs.

And that was my Tuesday.

Also, while I was grabbing the screenshot above I went ahead and grabbed this one too because it made me laugh: 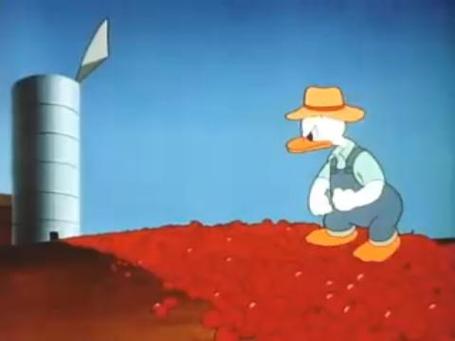