Sleek lets his mouth do the talking for once

Share All sharing options for: Sleek lets his mouth do the talking for once 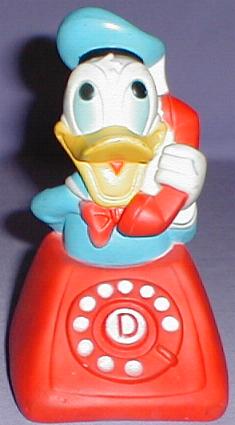 Tonight at 7 pm Pacific, the kind folks at the HOCKEENIGHT podcast have invited your pal Earl to join in this week's podcast, presumably to talk up the Ducks and the rest of the Pacific Division for Hawks fans.  I believe it's a setup where you can listen in live and then use the chat window to toss your two cents into the conversation -- interactive listening at its finest!  Of course, I can't promise anything stellar from my end of things -- I'm usually an idiot on the phone -- but that may be the compelling reason to listen in.  Feel free to throw any topics you'd like me to talk about in the comments here -- we'll see what sort of sway I have in the natural course of conversation.  That radio show should theoretically last a little more than an hour (if I'm not kicked off halfway through), and afterwards you can jump over and listen to the already-in-progress internet-radio coverage of tonight's preseason Sharks-Ducks game.

It's like a whole new Golden Age of Radio or something, except this time it lasts one night only.

Actually, tuning in midway through games seems the way to go lately for Anaheim fans.

Preseason results so far have been underwhelming for Ducks fans (namely: me) looking for signs of the vaunted "new identity" Ducks -- presumably the team's offensive additions had set the team up as one that could potentially score the game's first goal, but it hasn't happened yet in four preseason bouts.  Granted, we're talking about half-rosters on back-to-back-to-back-to-back nights here, but in three of four games the Ducks have fallen behind 3-0 before the end of the second period -- not ideal at all.  In fact, not even a change of identity -- the Ducks did this "shit the bed" opening tactic last season as well (over a stretch of 18 games, the Ducks allowed the game's first goal in 16 of them), and I wasn't too enthused about it then, either.

In four preseason first periods thus far, they are being outshot by a collective margin of 66 - 21, and outscored by a margin of 5 - 0.  In first periods, the Ducks have put themselves shorthanded 10 times to the opponents' 5, and three of the four games have opened with an opponent power play marker.  After the first period, things level out, mostly, but it's not really that comforting to know that the Ducks can play fifty-fifty hockey in games in which they are already trailing.

Still, deep breaths -- it's goddamn preseason, and the Ducks are 2-2, despite the fact that opponents have taken fake standings points in every contest.  Plus, it's not all bad -- collectively, goaltending has been very good; here's the small-sample-size preseason breakdown thus far: