Share All sharing options for: Create your own post-Kings career recovery story

Three guys who essentially ran their careers into the ground while making stops in Los Angeles, plus Jason Allison, who at least gets his own category -- he at least had a good season in a Kings uniform before his hockey career plummeted.   But did Gary Bettman institute some sort of "Cash for King-Castoff-Clunkers" program I didn't hear about?  Weird.

Now I should be clear -- except for Crawford, the three ex-King players are only on preseason-tryout contracts; it's probably likely that none of them get past training camp, and if they do, it will probably be at near league-minimum salary.  But wouldn't it be funny (from the non-Kings-fan perspective, of course) if these bizarre comeback attempts actually worked out for these ex-Kings, finally removed from the poisonous clutches of "Loss" Angeles?  Can you imagine how red Rudy's face would get if Crow-job won the Adams Trophy (over runner-up Andy Murray, of course), if Damn Cloutier became a capable puck-stopper for the hated Red Wings, if Jason Slow-ison somehow revived his playmaker hands, and if Kyle Cancer proved an effective offensive weapon for the rival Ducks?  Frankly, I'm having too much fun thinking about the silly improbabilities of success, but I know I'd laugh and laugh and laugh.

As for Rudy?  Well, I can only imagine. 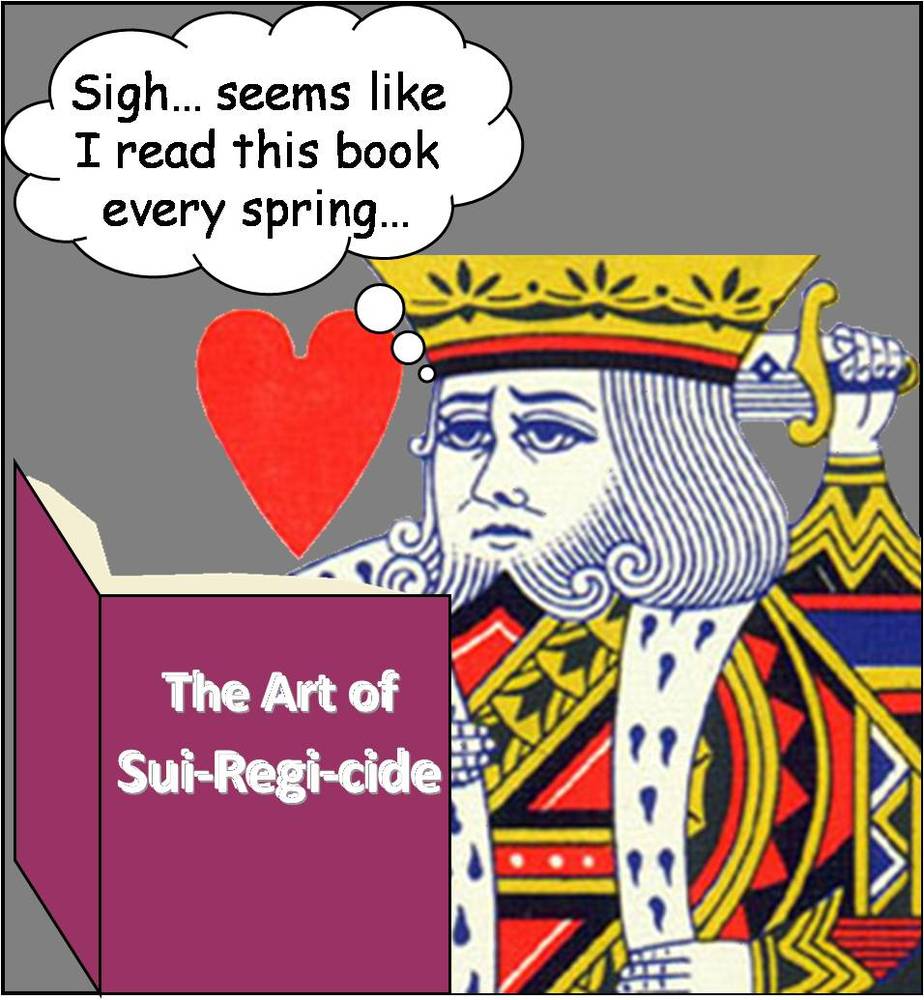 Finally, the Kings can join in with the Ducks' and Sharks' BoC tradition.

Of course, I'm being silly.  Rudy's real pain this spring won't be caused by the success of ex-Kings; I'm sure he'll devote many more swear words towards the non-success of the actual Kings squad.  Still, it's fun to imagine -- heck, maybe Tom Preissing can win himself a Norris Trophy, that'd be hilarious, right?  Feel free to add your own devilish twists of fate in the comments.

Unrelated blog news: I should mention, I suppose, a big moment in the history of BoC (or alternatively, a low moment in the history of THN), but Earl Sleek and BattleOfCali.com did get a mention in the September 7 issue of The Hockey News, what had been up until that moment a reputable publication.  THN did a 30-team preview and included independent blogger viewpoints, including mine for the Ducks and PJ's for the Sharks, both found on page 33.

I really should be more proud of this, as it is a big deal, but in some e-mail haste I sent over a pretty underwhelming quote:

It'll be interesting to see how the blueline holds together in the absence of Chris Pronger; most of the defensemen not named Scott Niedermayer are relatively new to the club.

It's definitely the key issue for Anaheim, I think, but it sounds way uncompelling -- offseason reporting at its blandest.  PJ's contribution was about a thousand times better -- sounds like it was written by an actual human:

Fans want more of an old-school mentality from San Jose in 2009-10: mean in front of the net and in the corners, point-blank garbage goals, treating every game against Anaheim and Detroit like a statement game.  The Sharks need to get mad.

Well done, PJ. So kudos to the Hockey News' Adam Proteau for reaching out to independent bloggers, and to Sharkspage, A Queen Among Kings, Andrew's Stars Page, and Five For Howling for also getting THN-recognized (plus 25 non-Pacific non-mentions).  If you're really dying to see it in print, follow this link and click on John Tavares' face; when the magazine pops up, turn to p.33.