It's been a rotten couple of days to be a Ducks second-liner, that's for sure.

So for the next while, the top six forwards will be three legitimates -- Ryan Getzlaf, Corey Perry, and Bobby Ryan -- two successful-so-far tag-alongs -- Matt Beleskey and Dan Sexton -- and a sixth body -- Petteri Nokelainen ("Help us, Nickelodeon; you're our only Finn") or Evgeny Artyukhin, likely.  Still, hopefully the Ducks can still compete; a week-and-a-half ago this team won a couple of games without Lupul or Selanne available -- that's not too far removed from their current predicament (though on many nights Saku has been the best Anaheim player).

For those that are medically inclined, through some devious channels I was able to get my hands on some unofficial team x-rays of the injured forwards -- by my untrained eye, it looks pretty grim.  You can see from all the lightning bolts of pain that all three Ducks are hurting pretty bad, and Lupul's back infection is noticeably shaded in red.  Again, I'm no doctor, but this all looks like serious stuff -- feel better, guys. 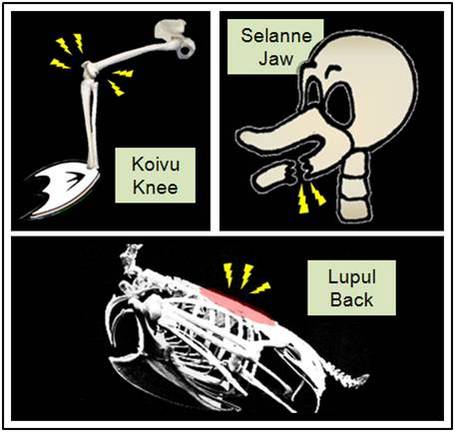 I should be around tonight -- feel free to join in the comments at gametime.

Prediction: Today it's in the form of a good-luck cartoon: 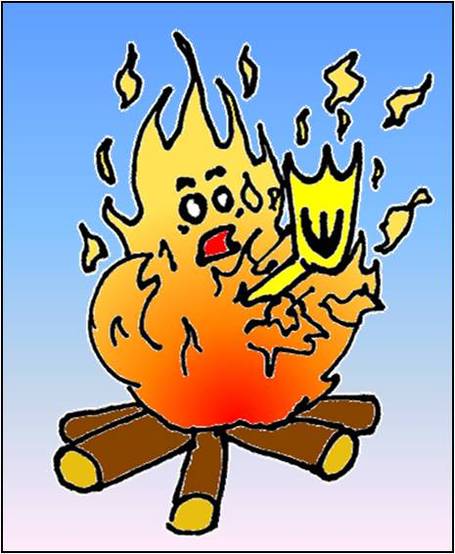 Not the best, but I was trying out some shading techniques on the fire, at least.