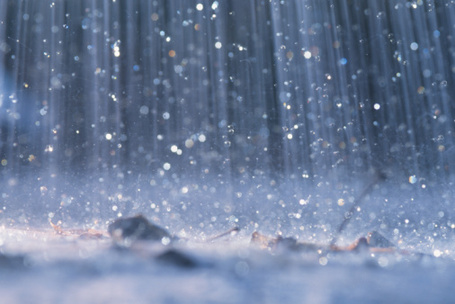 Hey buddy, how you doing? Hope things are going well up there! How's Niagra Falls, still... uh, falling? Anyway, I was just writing to catch up and see how you're doing. I see your boys the Sabres are doing pretty well, which is great for you guys. I sure do love that Ryan Miller, even if though he tried to kill me once. And that Tyler Myers kid is amazing for being so young, even though he's vastly, vastly inferior to Drew Doughty. (Seriously, vastly.) Really, things have been going great for you guys... wait, you hired Chan Gailey to coach the Bills? Oops.

Hope the weather's OK over there, things have been pretty terrible here. We have this crazy shit falling from the sky, it's called... let me look it up... rain? It's like the Niagra Falls but it falls everywhere. Seriously, people are losing their minds about it. People aren't going to work, roads are flooding, and they even shut down the entire Long Beach State campus because of flooding. I'm not positive but I think it's the greatest natural disaster of the past decade. So yeah, everyone's real worried here; I mean, the ground is slippy! How's the weather where you are?

Anyway, Buffalo, it was great catching up with you. Just writing this letter reminds me of all the good times we had, like the time we got drunk and toilet papered Raleigh-Durham's house, or the time we put flaming poo on Cleveland's doorstep... oh, or the time we gang raped Flagstaff. Good times. Write back soon!

P.S. If you could tell the Sabres to start Patrick Lalime tonight I would really appreciate it.

The Kings are boned. They can't score, their power play sucks, and their defense has been porous since Matt Greene went out. They need both Greene and Drewiske back. Their best hope? Terry Murray tells Raitis Ivanans that Ryan Miller destroys shoes like The Judge in Roger Rabbit and Ivanans becomes so enraged over the loss of food supply that he lops off Miller's head.