Share All sharing options for: Ducks Gameday -- The Ephemeral Brilliance of J.S. Luigiguere

This is probably irrelevant to tonight's game, and I've already shared some of these numbers in the comments of the last post, but I figured I'd continue the Super Parrio storyline and talk about another player who's trying to avoid Donkey Carlyle's barrels and fight his way into the everyday Ducks lineup: 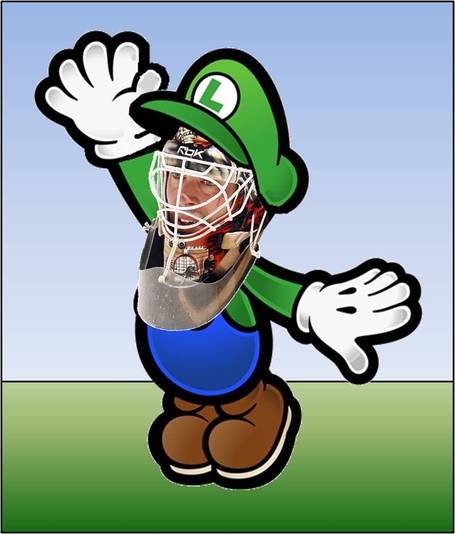 Of course Luigiguere is having a rotten season: outside of a two-week stretch between Nov. 23 and Dec. 8, Giguere hasn't picked up a win this season.  Perhaps the most shocking thing about Giguere's season, though, is his period splits; before the forty-minute mark he puts up excellent numbers.  After the forty-minute mark he's horrible:

Giguere has allowed more third period goals than first-and-second periods combined, and a lot of games it's cost the Ducks some fairly-sure standings points; other games it's put some contestable standings points out of reach.  Now to be fair, I'm not going to solely blame Giguere for this third-period deterioration; Wednesday's Washington game showed an example of a team falling apart in front of Jiggy from the start of the third period -- why that perpetually seems to happen for Jiggy is up for debate.

The irony is that Giguere is a postseason legend specifically for his end-of-game heroics; the guy is 12-1 in career playoff OT games, having allowed but one goal in more than 250 minutes of overtime.  But most of that heroism is years ago now -- these days the lesson is to beware of any optimism Giguere gives you through 40 minutes.

Prediction:  I won't be around for game comments today; I'm DVRing the game for late night viewing at my Caprica new-episode party.  But with three losses on this road trip so far, I think it's time I went back to an old good-luck charm, one that's recently worked on the Bruins, Flames, and Sabres.  Ducks won all three of those games and scored 4+ goals each time; let's hope it can happen again. 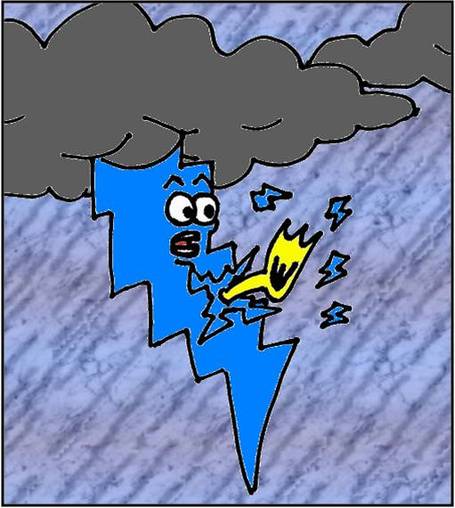 I had to use a blue lightning bolt to avoid yellow-on-yellow.  Now it's blue-on-blue.