Share All sharing options for: Ducks Gameday -- Another Case of Post-Festivus Depression

I just don't fucking get it.  The Ducks play an awesome month of hockey from Nov. 23 - Dec. 22, suffering only three regulation losses over a fifteen-game stretch, and then bam!  Then comes the made-up holiday of Festivus and all of a sudden Anaheim suffers five regulation losses over its next six?  That's pretty fucking depressing. 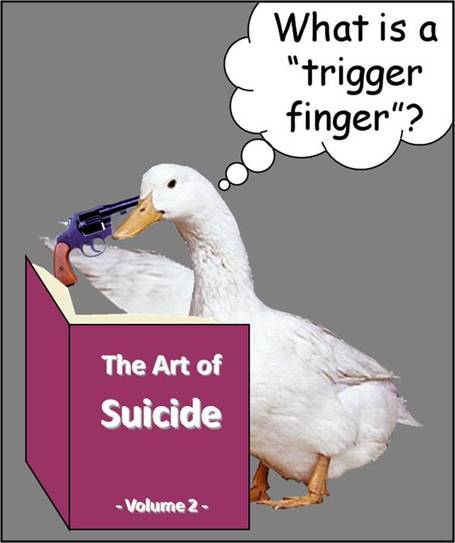 I'll admit, I've been cheating -- with all the family activities lately, I've followed most of these Ducks losses via Sportacular's scoreboard, then I'd arrive back at my house and promptly flush the DVR without review.  So I can't specifically say what has gone wrong with the Ducks lately (other than obviously missing three top-six forwards concurrently and a horrid power play) -- I personally have only seen one Anaheim goal-against since the new year.

So after the jump, a quick look at what timeonice says about the last 3-L road trip, at least the even-strength portions of it.

For a proper explanation of what these stats represent, go read this post, but here's the key part:

GP is the number of games-played where each combination occurred (even if briefly), GF and GA are goals-for and against, SF and SA are shots-for and against, and ShotRatio is SF/(SF+SA) and just represents who is getting the better of the shooting during those even-strength minutes -- I've sorted each defensive partner by this metric. Additionally, I've included ASF and ASA, attempted-shots-for and against, which include actual shots, wide shots, and blocked shots, and a CorsiRatio which is ASF/(ASF+ASA), another measure of who is getting the majority of shot attempts.

So here's individual results for the past three games, then. I've separated forwards from defensemen from goaltenders and again sorted by ShotRatio:

Overall, it's way depressing -- at even strength (empty-nets excluded), just about every Duck got outshot this past trip, and in many cases, by a huge margin (yeesh, Marchant).  Well, every Duck not named Artyukhin, that is.  Artoo only dressed for two of the games, probably faced easy opposition, but his on-ice stats look way good: the Artoo-Ducks outshot their opposition 13-5 (mostly by virtue of opponents missing the net, probably in fear of the giant Russian's looming presence) and outscored them 3-1.  In comparison to anybody else on this list, Artyukhin is aces.

At the other end of the spectrum sits Corey Perry and Ryan Whitney -- sure, others have been even worse but none of them are making $4M+ this season.  Get it together, money-makers.

Anyways, that's my mostly-blind observations; of course take note that three games is a terrible sample size -- don't draw any hard-and-severe conclusions based on this table, at least.  For those who watched the games, who has been awful?  What is going wrong?

I still have to note that among the bottom four teams in each conference (eight teams total), there still remains every franchise Chris Pronger has played for -- Hartford (Carolina), St. Louis, Edmonton, Anaheim, and Philadelphia are all having rotten years.  Not terribly relevant to tonight, but it may not bode well for Team Canada next month.

Prediction:  Um, Detroit tonight?  Grmph.  Ducks may have played the Sharks and Wings well last postseason, but Anaheim is 0-5-1 against the two familiar foes this season.  Umm, Positivity!  Ducks get outshot but win -- game winning goal by Artyukhin.

Oh yeah, and I'll be around tonight -- siblings have been safely shipped away.