When does the season start?

Share All sharing options for: When does the season start?

(Half-assed contest info at the end of this post!)

Man, I'm so bored. The Sharks don't play until freaking Saturday. Whose sadistic idea was it anyway to have a week off right after the season starts? I know, I know, they're coming back from Europe blah blah blah but still.

The only thing that was helping me to pass the time was this: 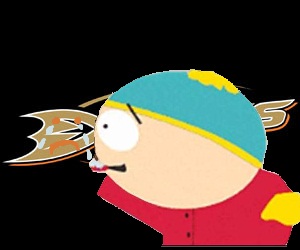 But after last night it seems like even that pure and honest joy has been taken from me. I want Sharks hockey!

Hey, this is sort-of news. Joe Pavelski was on NHL Live Radio this morning. I listened to it. Here are some thoughts:

-Pavs has been getting up at 5 AM every day.

-"Dougie" Murray is part-owner of a restaurant in Sweden and took the team there.

-I hate EJ Hradek so much.

-They asked Pavelski about the most "surprising" thing about Stockholm. He said he was surprised at how clean it was. Jesus, Joe, you aren't helping my boredom here.

-How are they STILL talking about boring flight arrangement and travel stuff?

-Pavelski mentions sleeping for the fifth time in this interview.

-Why isn't EJ Hradek sitting down? He's standing up and swaying back and forth. It's making me nervous.

-The Sharks have two practices coming up before their game Saturday. He says they're probably going to work on power plays and pentalty killing, and maybe watch some game video.

-No difference in Joe Thornton's attitude now that he has the "C." He has been a leader for a long time.

-"Are you guys baseball fans? Are you following the Giants?" Pavelski seems to know a little bit, he mentions their "pitching staff" and stuff and says they've watched some games on TV, but doesn't seem that into it. That's good. Baseball is dumb.

-It sounds like the guys make fun of Heatley a lot for his crappy first pitch at the Giants game that one time. That's how it should be.

And now it's over, and that's all the Sharks hockey excitement I'll get for the day.

I could spend some time analyzing the two games against the Blue Jackets in absurd detail, but what's the point? What can we really say about the Sharks after a win and an overtime loss vs. Columbus in two games played in Europe? Thornton looked amazing and really strong on the puck, both of our goalies looked good enough with occasional slip-ups (like pretty much every other NHL goalie) and the defense seemed a little disorganized at times. Will these trends continue? Who the heck knows?

In the world of fantasy hockey, I'm currently trailing Earl 9-3. I have until the end of the week to make up some points, and we're close in most of the categories so anything can happen. My biggest stars so far have been Todd Bertuzzi and Jonathan Quick, while the biggest disappointments have been everyone else on my team. Dustin Byfuglien and Erik Karlsson, two big gambles on D, have been especially lousy so far.

Lastly, and very off-topic, I took a picture that I wanted to share with everyone, and I've decided to turn it in to a little contest. I don't know what prize I'll give out yet, but it won't be anything good, I can promise you that.

This picture was taken this week, somewhere in Orange County. The first person who can tell me in the comments where it was taken wins the mysterious TBA prize! 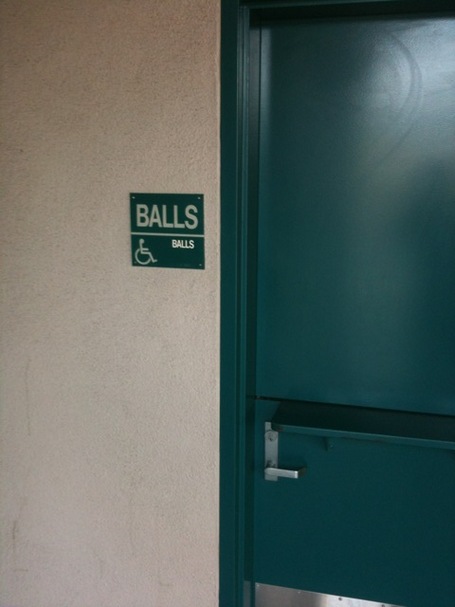 Saturday can not come quickly enough.