Share All sharing options for: Sharks Gameday: By Request, Monkeys

The Sharks have a home game tonight against Carolina before they go on a Northwest swing later in the week. After waiting a week for the Sharks to finally play their first game on Saturday, I was a little disappointed by the team's performance (read: FUUUUUU-). After a strong first period against Atlanta the Sharks basically went to sleep, giving up four unanswered goals. Was the team tired after too much practicing during the week? Were they still not mentally ready after a full week off? It doesn't matter - excuses are for traffic court and prom night, not hockey.

The team is 1-1-1, which would be cool I guess if there was some sort of prize for having an equal number of wins, losses, and overtime losses, but last time I checked they got rid of the Perfect Symmetry Trophy in 2003. With everything they have going for them, the Sharks should win a lot of games this year. You can always come up with reasons why the team lost one particular game, but at the end of the year they're still just losses.

The Sharks had a weird thing going on in their own zone on Saturday. For a large portion of the game they seemed content to let Atlanta control the puck in the Sharks' zone, while San Jose just focused on limiting shots and scoring chances. It seemed to work for a while, as the Sharks were dominating the shots on goal through the first half of the game, despite being behind on time spent in the offensive zone (I would assume, but I don't know where to look this up. Little help?) . The problem with playing like that, though, and looking like you're on a passive penalty kill in your own zone for half the game, is that you get really tired. And that definitely showed later in the game, when the Thrashers started forcing the play and turning puck possession into scoring chances.

The Sharks should NOT have been outworked by a team that had played an overtime game the night before while San Jose had a week between games. Tonight all the rust should be shaken off, and we should see what the Sharks can really do.

Prediction: Sharks win 3-1, with goals by Clowe, Thornton, and Marleau.

And finally, for Spade:

meg what u got in store for a post today..im bored off my ass.. i hope monkeys are involved 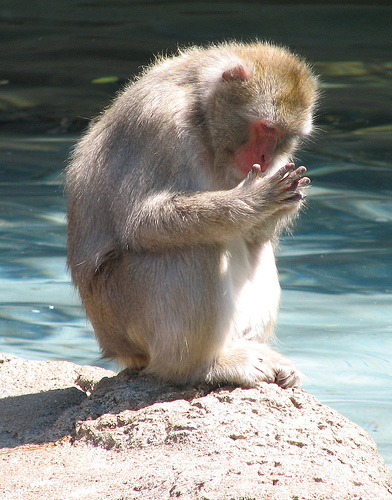 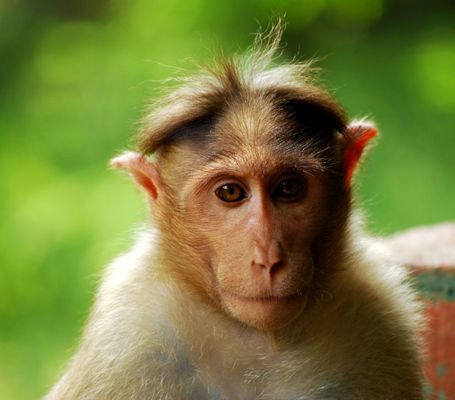