Kings fans and Sharks fans have always had an odd relationship. Ostensibly they're rivals; the Bay Area and Los Angeles have never been on friendly terms, ever since they couldn't agree on which area got the state capital and decided to dump the Capitol building in a shithole called Sacramento. (This was most likely before either area's representatives realized they would have to visit said shit hole a few times a year.) But neither team has ever really been good at the same time, instead alternating turns crushing Detroit's dreams while the other hangs out in the league cellar. And both sides may fight but they'll ultimately be able to reconcile under one undeniable truth: that Anaheim sucks and the Ducks are douche bags.

But fellas, the times they are a-changin' and the Kings and Sharks will most likely be foes for a few years to come. The Kings are the young upstarts, bright and gleaming with the hope of a Stanley Cup; the Sharks are the bitter matrons, spurned and faced with the sad reality that their time in the Sun is fast fading away. The Kings are leading the Pacific Division with a 12-3 record while the Sharks are off to a somewhat slow (for them) 8-5-2 start. San Jose is the favorite until proven otherwise, however, and the Kings are going to have to get through them eventually if they want to take their rightful place atop California.

The problem is, both teams are downright likable. The Kings are saints, obviously, and while the Sharks have the 3rd worst fans in the NHL, their team is actually pretty cool. What do you when you are supposed to hate a likable team? Make shit up, of course! To help kickstart this whole Kings-Sharks feud, I and Megalodon (who is a card-carrying member of the KKK, by the way)  thought we'd share a few taunts to direct toward the Kings and Sharks tonight and throughout the season. Meg's unfunny post will be up in a few hours.

Remember: the Sharks are bad and so is Meg.

Joe Thornton- When Thornton was informed that he needed to get rid of his beard for Movember, he regretfully began drafting up divorce papers.

Patrick Marleau- Patrick Marleau once missed a game with "flu-like symptoms," but in reality he was really at the emergency room because he accidentally swallowed some mouth wash.

Dany Heatley- Uh... can't really think of a reason to not like Heatley. Seems like a nice enough guy, stays out of trouble... oh wait, I forgot: nice teeth, Dany! Or should I say, lack of teeth!  BURN!!!

Devin Setoguchi- Wait, I thought he got traded to Ottawa? Oh, that was Jonathan Cheechoo. Sorry, all marginal players that get their stats inflated by Joe Thornton look the same to me. 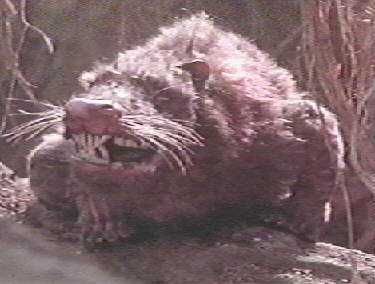 In his HNIC interview, Logan Couture looked (mannerisms) and sounded very much like Sidney Crosby.

I rest my case.

John McCarthy- He was always overrated as a UFC ref and I don't see that changing in the NHL.

Patrick Marleau- They haven't picked the captains for the newly formatted All-Star game yet but everyone agrees that Marleau will be picked last.

Frazer McLaren- It's only fitting that the enforcer for a team from San Jose looks like Lukas Haas.

Scott Nichol- This is the first image that comes up when you google "Scott Nichol:" 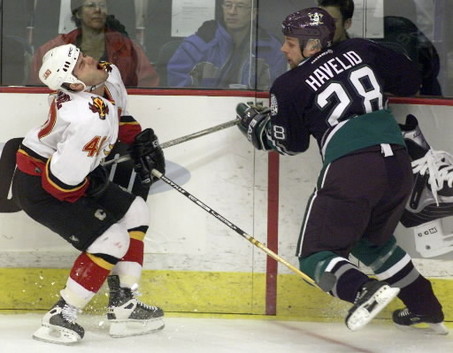 That's what the Ducks did to the Sharks 2 years ago, right?

Jamal Mayer- Jamal Mayer spends his off-season going to bars and claiming that yes, he is actually Hootie.

Dan Boyle- Hey Danny, aren't you glad to be off a team with 3 highly paid forwards and shitty goaltending and onto the Sha... wait, nevermind.

Douglas Murray- Sharks fans will say he's cool but he's Swedish so he's not. Plus he's stupid and sucks positionally. Plus he looks like the ruler of the underwater city in The Phantom Menace.

Niclas Wallin- It really bothers me that Niclas spells his first name like most people incorrectly pronounce Nicholas. Oh well, I guess it's not as bad as the other Wallin brothers: Libarry and Axe Wallin.

Patrick Marleau- Marleau believed that the NHL was right to suspend Joe Thornton. After all, he reasoned, you have to protect the other players on the ice.

Jason Demers- Who in the hell are you????

Kent Huskins- I love this guy! He's my favorite Shark! He should play more.

Antero Niittymaki and Antti Niemi- These 2 guys love unnecessary consonants more than they love giant rebounds to the slot. And they love those a lot.

Prediction: Kings win, 4-2. Goals by Brown, Doughty, Drewiske and Stoll. Afterwards, Dan Boyle hazes John McCarthy by telling him to go ask Patrick Marleau about his weekend. Marleau proceeds to spend a half hour telling a visibly uncomfortable McCarthy about his World of Warcraft guild.