Share All sharing options for: Ducks Gameday -- Oilers vs. Trailers

The Ducks haven't been very inspiring lately -- over the past 4 games (all one-goal losses), they have had only two leads in a game; one lasted 1:38 and second one lasted 0:25 -- neither lead made it to a commercial break.  That's roughly 2 minutes leading compared to some 74 minutes trailing, which has resulted in a lot of make-up effort in 3rd periods.  Over the 4 games, the Ducks have outshot 3rd-period opponents by a total of 60-22, including 41-5 over the past two 3rd periods alone.

If only they could bring some of that play into first periods.  That might require a less lazy captain, though.

Still, the Oilers have only won one of nine games played this month and have allowed 3+ goals in the other eight.  I guess I shouldn't complain. 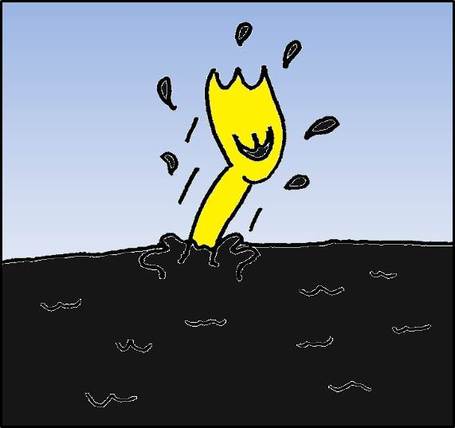 Some quick Ducks news: Teemu's probably out today -- dammit.  Sex Offender and McMuffin called up; Palmieri's back to Syracuse.  And... huh?

Laliberte 24, played 11 games with the Flyers last season and was listed as the organization’s No.2 prospect by The Hockey News entering this season....

[Maroon] was the team’s leading scorer through eight games before he was reportedly dismissed for what the Flyers described as "behavioral issues" and "attitude problems."

See ya, Syvret -- I'll fondly remember you as one of the eleven (!) defensemen the Ducks used in the first quarter of the season (Anaheim's version of training camp, apparently).