Share All sharing options for: Ducks Gameday: Death by Coyote!

Anaheim Ducks (18-16-4) at Phoenix Coyotes (15-11-7), 6 pm
for more ducks visit Anaheim Calling there not sex discrimate they have a lady writing in there blog..-for more yotes visit Five for Howling- there somehow don't fall asleep writing about their team 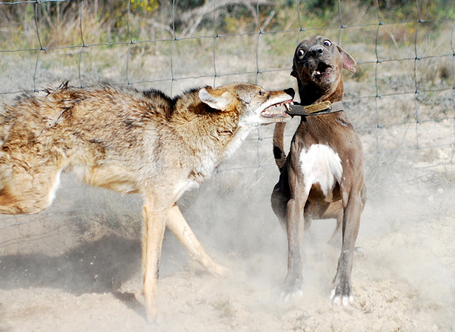 What probally happened to Cuddles! Probally shane doan shown above!

Whenever the pressure of our complex city life thins my blood and numbs my brain, I seek relief in the trail; and when I hear the coyote wailing to the yellow dawn, my cares fall from me - I am happy." - Hamlin Garland

I've got nothing against the Coyotes. I even organized a club called "Fowl for Yotes" or something like that last year during their playoff run exit. The club only consisted of me, and it was the best club ever. I was the head of everything. I got all the perks! Anyways, this year I could give a rat's arse about them, like most of the hockey world, so rather than talk about the game I've got a story for you all and it involves coyotes! Well, maybe.

I once had a dawg named Cuddles when I was about 12 or so. I didn't name it obviously (*looks around and whistles*). It was a mix of shit-zu and something else. It was the most grumpy dawg alive and detested children. It would sometimes bite kids, but mostly it would "charge" and then retreat comically. He would also sneak attack, as in he would hide under the dinner table and if you walked by him would pop out and scare the bejesus out of you, and you would run and jump on the kitchen counter and/or couch or nearest high ground. Cuddles huh? Sound cuddly to you? Now why was he so pissed? Well maybe because we didn't groom him enough, so he would get shit caught in his fur. I could see why he might be pissed. Also we got tired of his antics so we started taunting him. We were pretty tired of having the feeling of a ninja waiting in the shadows waiting to pounce every time we wanted cookies and milk (the king of ptown can attest to all of this. He was I think 8 at the time). Let it be known Cuddles started it when he came into the residence. We were looking for a nice dog to play fetch with and rub his tummy; instead we got Cujo re-incarnated.

One day he got out (and when he did he also wreaked havoc on the neighborhood kids as well. They all hated him too). He ran up on a bigger male dog, some kind of mutt. They do what dogs do, smell each other etc., but then our own Mr. Cuddles took it one step further and performed fellatio on this dog (since Cuddles was shorter he was in prime position). It was horrifying for my young eyes to see, and might explain some things about the guy I am today. Needless to say about a week later my mom tells me Cuddles had died with an apparent punctuation to the throat. She told me a "coyote" must have gotten him. Living in suburban yet Hispanic part of chino hills known as Los Serranos (they wanted to make sure we knew our place) I found it hard to believe coyotes where even in the area. More than likely his new lover wasn't impressed with his skills, but when my mommy tells me something - hey I believe her - so death by coyote! Me, sis, and the king of ptown toasted that night with a glass of the finest milk food stamps could buy! It was a grand day indeed! 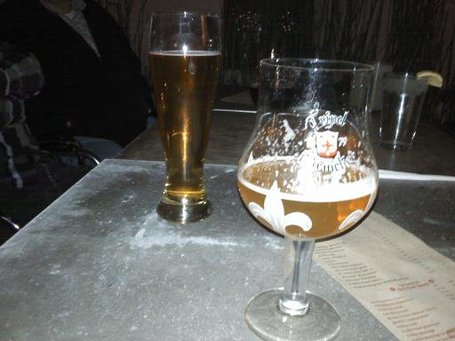 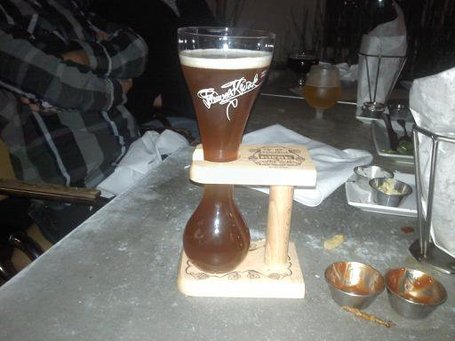 update 3: im so "randy" carlye had face to face meetings with each of his players I got an exclusive on the carlye-getzlaf exchange:

RC sits at desk and getzlaf walks in and sits down

RC smacks him across the face "SMMMMMMMACK!!"

Getzlaf: what the fuck was that for

RC: whoops sorry I thought you were someone else

update 4: what bloggers do when there not blogging about shitty teams from anaheim...damn u earl...leave me with this shitt team!! 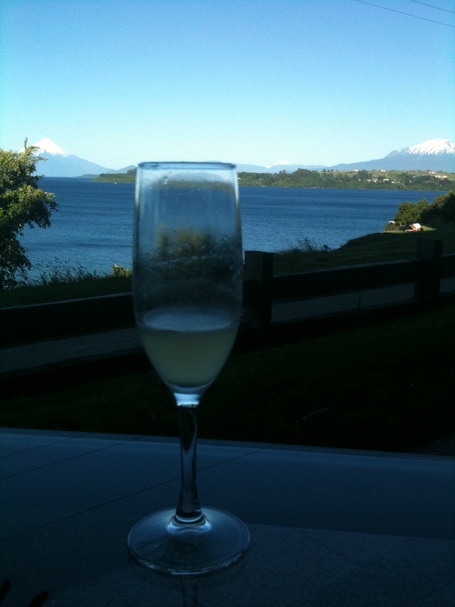 Do you think Rudy weeped seeing this dog attacked by the coyote in the picture above?