Share All sharing options for: Finland vs. Germany Gameday -- The Olympic March Continues.

I mean, it's craziness -- worldwide talent has put together six legitimate powerhouses, and even with the amazingness of those superstar teams, the next tier is starting to close the gap.  And while single-game format is generally a terrible way to truly determine the "best" team, it's also a terribly compelling format.

Today we'll see three teams try to go 2-0 to fully set up Super Sunday, and while I expect they all succeed, I'm quite happy to say: You never really know. 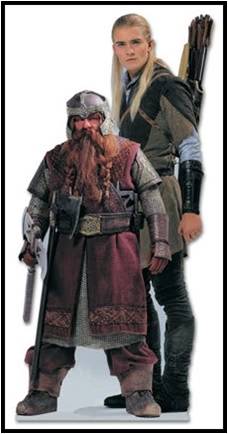 The last time a German ever teamed up with a Finn.

Oh, and just to be thorough, here's the Ducks blogging during the Olympics.  Bobby Ryan post #1, post #2.  Ryan Whitney post #1, post #2.  Jonas Hiller post #1.  Add any more in the comments.  Other than Hiller, they're generally bland and terrible, but I guess B-Ry does offer this nugget:

One of the funniest things I’ve seen so far was a guy at our game today who grew his facial hair like Abe Lincoln.  He made it on the JumboTron a few times after we scored.  We don’t have a lot of support up here but that was cool to see.

Prediction: I'll be around for the noon game, and possibly the afternoon game, but I'll be watching Finland-Germany on late-night DVR.  Oh, the dude with the Lincoln beard gets assassinated.