Today might be a tough day for Finnish hockey fans -- Team USA is a very good team, and the Finns haven't exactly excelled against good teams.  They looked completely lost against the Swedes at the end of the round robin and were only marginally better in their first elimination game against the Czechs, but at least Kiprusoff has been excellent.  In fact, it's sort of amazing that the Finns have made the final four at all, seeing as their "Olympic Legend" line of Teemu Selanne, Saku Koivu, and Jere Lehtinen have yet to score a goal in the tournament.  Last Olympics, that trio combined for 12 goals and 18 assists in only 8 games -- this year through 4 games they have combined for just 0 goals and 4 assists (hooray for depth!).

But that doesn't mean they haven't found other ways to contribute for today's game against Team USA.  From Ryan Whitney's Olympic Blog:

Every time I walk by the Finnish team, I see Teemu (Selanne) and Saku (Koivu).  They start making fun of me in Finnish to their other teammates.  I’m guessing this is because then they’re all laughing at me.  I don’t know what’s going on there. 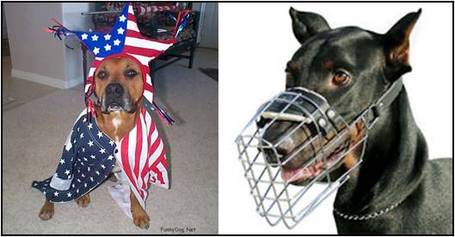 For Rudy, a dog metaphor: Team USA vs. Teemu.

In the latter game today, we'll see if  Team Slovakia can withstand a Team Canada onslaught -- if Canada comes out the way they did against Russia, I don't know if any team is capable of withstanding that.  On the women's end of Olympic hockey, the three medalists were Canada, USA, and Finland -- can Palffy and Co. prevent the two-gender three-country medal sweep?

No matter what the odd-makers say, though, it's still nail-biting single-game elimination.  Finland doesn't have to beat USA in a best-of-seven, nor does Slovakia have to repeatedly beat Team Canada.  It's one game, with whatever puck bounces come with it.  Going to be quite exciting.

I caught a nice medal-scenario post on Eyes On The Prize that's worth a read, but what really caught my eye was the graphic of NHL teams and how many players they have left playing in these Olympics.  Only four NHL teams have five or more players still competing -- the Ducks have seven, the Blackhawks have six, and the Kings and Sharks each have five.  The rest of the league is at four or less, and four teams are without representation.  (Whoa -- my math is verified by Mirtle himself!).

I don't know if it's necessarily a good thing to be the most Olympic-extended team in preparation for the last quarter of the NHL schedule -- in fact, it's probably not, but I'm finding it quite tolerable this year.  For one, it's essentially the reason Scotty and Teemu haven't retired yet -- have to give them this.  And also, the Ducks are still 11th in the west (sure, 2 points behind 8th) -- they certainly aren't assured any playoff run this season.  May as well let them play for something meaningful.