(Author's note -- I'm putting the "Remembering Jiggy" theme aside for a day, but definitely more to come.  It would have been relevant had the Ducks and Kings ever shared any playoff history, but unfortunately we know how that goes: there can be only one!) 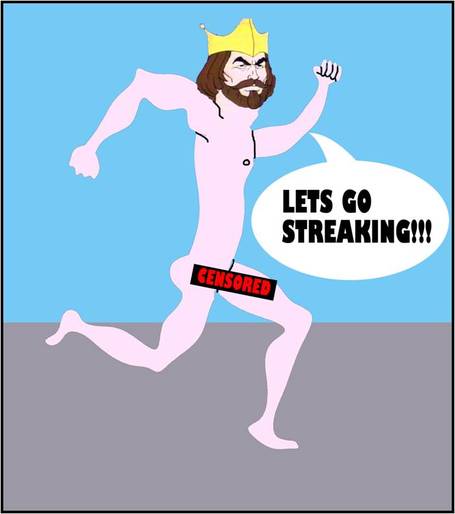 Of course, the Ducks are still a league-worst 3-11-2 within their own division (0-7-0 within the BoC) and an impressive 24-12-5 against non-Pacific foes.  It's not a stretch to think that with only 25 games remaining on the Anaheim schedule, the four remaining against the Kings (including tonight) really could make or break Anaheim's attempt to climb into the playoff picture.  And I'm fairly certain that the Kings relish any opportunity to stomp that hope out.

Critter Battle of the Night: Jason Blake vs. Anze Kopitar.

Prediction: Of course epic BoC games only can happen on Thursday nights, so I won't be around tonight until the latter half of the third  -- play nice in the game comments.  Oh, and as for a prediction?  I'll take the safe route -- Spade and his brother get hammered.