Today's game image is a little pun-strained, but I think it turned out OK: 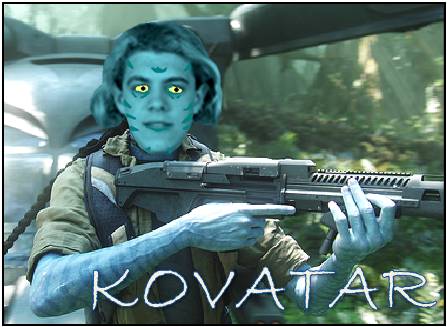 Put on your 3-D glasses for the full effect.

Anze Kopitar did have a monster game last Thursday against the Ducks, but the King that's really been killing Anaheim this season?  Jack M.F. Johnson.  In three games so far this year against Anaheim, JMFJ has 1 goal and 7 assists; to put that in perspective, Anaheim as a team has only scored 7 goals total in those games.  Plus it's half as many points as Johnson has in 53 games against non-Duck-opponents this season.

And yeah, the inability for the Ducks to win within the BoC is really getting tiresome.  Five matchups against the Sharks and three matchups against the Kings this season have yielded zero wins, eight regulation losses, and most of the time it's been quite decisive. Three times the Ducks did have third-period ties; three times they blew that before regulation ended.  In 480 total intrastate minutes, the Ducks have led twice (never by more than a goal) for a total of 20:02, they have been tied for a total of 142:57, and have trailed for 317:01.  Here's the breakdown:

Ducks vs. the Kings and Sharks this season
8 games total -- 480 minutes

Time for a county rape cartoon?

FYI, I'm a pushover when it comes to commenter requests, especially ones that are seconded. 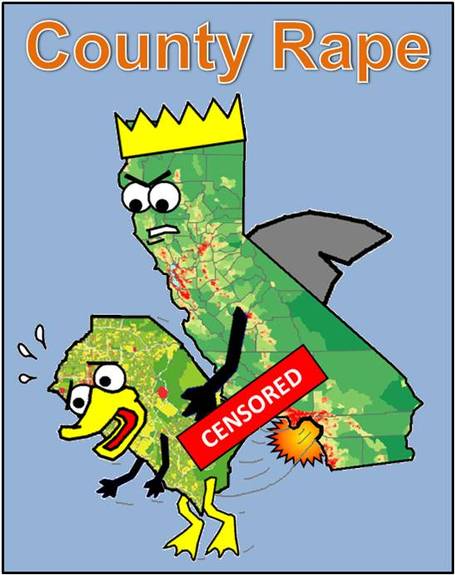 Prediction: Tonight's game is pretty much the same stakes as last time, except I will be around for game comments.  Ducks find a new and creative way to lose.