Kings Gameday: An Open Letter to The Hockey News

Share All sharing options for: Kings Gameday: An Open Letter to The Hockey News 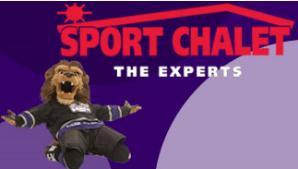 I recently perused your fair magazine and stumbled across an article that caused me much distress.  This article concerned the top 10 mascots in the game of hockey.  I began reading the article with great amusement and hurriedly scanned the mascots to find Bailey, the noble feline mascot of the Los Angeles Kings.  I was greatly perturbed when I discovered Bailey was missing from your article and even more enraged when I spotted Wild Wing's name on this list.

YOUR FAMILY AND EAT YOUR SOUL!!!  I

WILL CARVE BAILEY'S NAME INTO YOUR

CHEST WITH MY COCK!!!  I WILL MAKE

YOU BLEED FROM EVERY ORIFICE!!!

YOU WILL BEG FOR DEATH BEFORE

THE END AND ONLY THEN WILL YOU

REALIZE THE GRAVITY OF YOUR

I AM THE GOD OF HELLFIRE!!!

I assume this is just an oversight on your part and is not the result of malice.  A simple retraction in your next issue will be sufficient for me to consider this matter closed.  If not, however, I will literally fuck you.  Good day.