This isn't a gameday post so much as a running trade tracker -- deadline is of course at noon today.  What will the BoC teams, and NHL clubs in general, do before then? 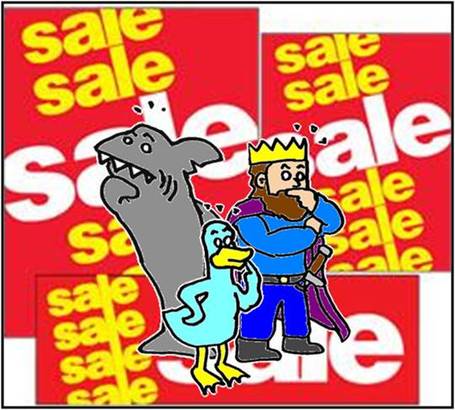 Now I'd probably expect a relatively quiet day for all BoC teams, but it's always tough to know for sure, as all three teams do have something significant to play for, and may feel the pressure to pursue an expensive addition.

Let's not forget -- these teams have made some pre-deadline moves.  The Ducks have already shipped out Giguere, Artyukhin, and Boynton, picking up J-Blake and Toskala.  The Sharks have already acquired Niclas Wallin.  But what will they do today?

Here is a list of yesterday's and today's player trades -- feel free to discuss in the comments.  After the jump, some more Ducks links.

A very worthwhile read at the OC Register's Ducks Blog about Bob Murray and his draft-day strategy.  Lots of nuggets about his deadline-day strategy:

Forget about trading one of their first-round picks.  When asked if he consider using one of them in a deal, Murray flatly said, "No."

Also, the Ducks official website has put together a collection of quotes and photos from the 7 Duck medalists -- check out the quotes and check out the photos.  Ducks will have a ceremony to recognize the medalists before tonight's game -- quite honestly it's the main reason why I don't envision Ryan Whitney will be aggressively shopped today (e0). 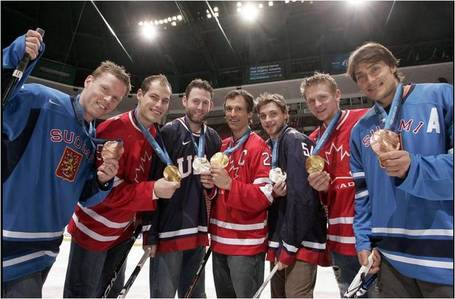 Seven medals that are probably not on the trading block.