Lubo's back in the BoC! Cotton Gin Exiled.

Share All sharing options for: Lubo's back in the BoC! Cotton Gin Exiled.

I can't properly put together the hockey rationalization for today's monster trade -- trust me, though, it's out there.  But for today, I just like watching Kings fans squirm with rage and Ducks fans dance with joy -- with one move, Barstool Bob has accomplished that: 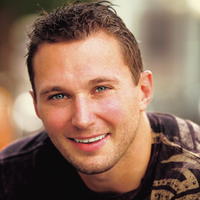 Within the last few weeks, GM Bob Murray has unloaded the team of J.S. Giguere (struggling, not playing), Ryan Whitney (underachieving), Evgeny Artyukhin (not playing), Petteri Nokelainen (not playing much), Nick Boynton (not playing), and Justin Pogge (not playing) for Lubomir Visnovsky, Aaron Ward, Jason Blake, and two backup netminders -- Curtis McElhinney and Joey MacDonald (the two "Macs").  Not to mention the clean pass-through of Vesa Toskala, without having to make a single save for Anaheim.  Certainly there's still some overpayment and definitely some question marks, but compared to the fat that has been trimmed from the roster, the Ducks are looking a lot better-built for the stretch run -- I'll take a better look at it next post.

Now we should be clear -- this trade is not an automatic win.  No matter how Ducks fans protest, Ryan Whitney could still become a very good defenseman in this league -- he has a lot more of the tools of a high-promise defenseman, notably size and reach.  Still, at this point in time, I don't know if you can convince me that Lubo isn't even a better straight-up defender than Whitney, and that's not even mentioning Lubo's ability to hit the net with his shot.

Still, the part that floors me most about this deal?  After all the Pronger-plus-Penner Burke-vs-Lowe feuding from a few years ago, I never thought Anaheim would be trading big players with Edmonton again, at least not this soon.  And I never thought the Oilers would be sending us their best defenseman again -- go figure.

We'll see, but already I think today is another huge win day for Barstool Bob -- just like last trade deadline, he caught me way off-guard but immediately I like the results.  I don't know if Ward or Visnovsky will arrive in time for tonight's game (or whether Ryan Whitney will stick around to awkwardly participate in the pre-game medal ceremony), but we may as well move game comments up to this thread tonight.

Oh, and make sure you check out the Oilers bloggers in the next few days for their take -- do not miss Lowetide, Tyler, Copper & Blue, or Black Dog -- these guys are my blog heroes.