...mostly so I don't forget all the SBN "new post" mechanics.

At any rate, the main reason I was rooting for the Kings to hold their third-period lead in G6 Sunday night wasn't necessarily for the sake of the drama inherently associated with a G7, nor because I was desperately pulling for another postseason Battle of California.  Instead, I had a secret third motivation -- laziness.

The Kings' elimination started the clock for me to write up a quick eulogy for the 2009-10 L.A. Kings over at Puck Daddy, and while it was a pretty rushed effort, I'm largely satisfied.  I even included a bonus cartoon: 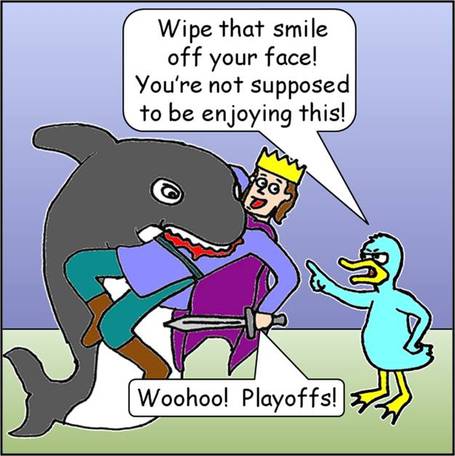 Feel free to critique the submission, respond to it, or even add your own bit of eulogy in these comments with however much snark you feel is appropriate -- I may have been too nice.  Or heck, feel free to game-comment on the two one G7 happening tonight -- exciting times.

In the meantime, after the jump, a quick look back at some of the hockey-themed first-round images I've created on the outskirts of this blog -- I've been taking a backseat in writing posts this past round, so not many of these actually made it into the body of a post.  (Re-)enjoy!

This first one is actually the first of a series of thirteen cartoons -- if you haven't read the BoC Quest for the Cup post, that one's pretty money. 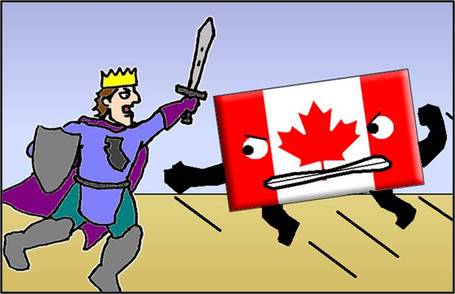 The rest of these were all inspired by actual first round events -- maybe some will even get to be recycled for round two!  :) 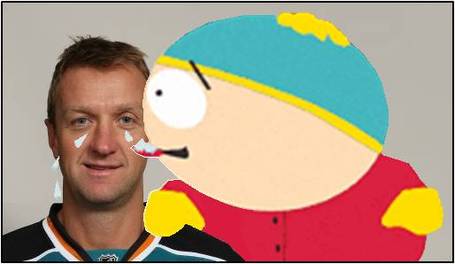 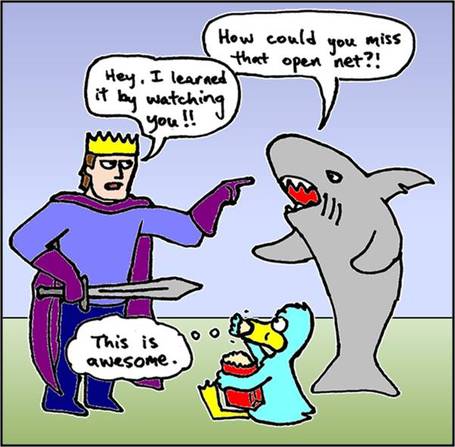 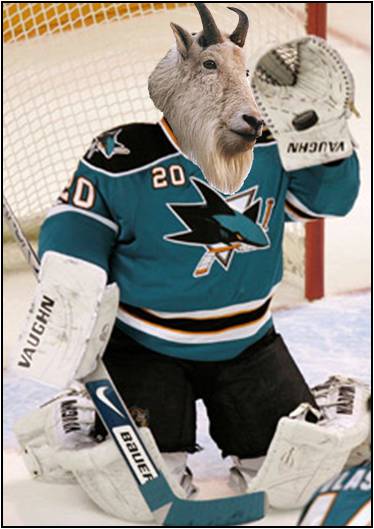 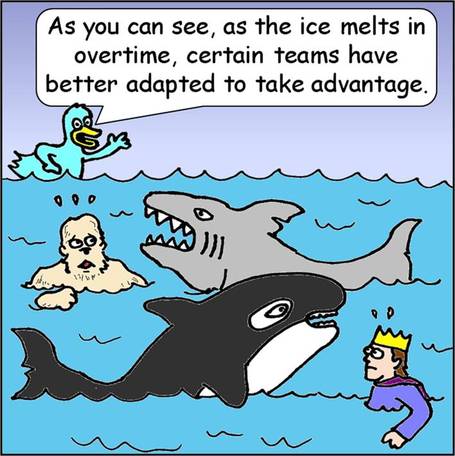 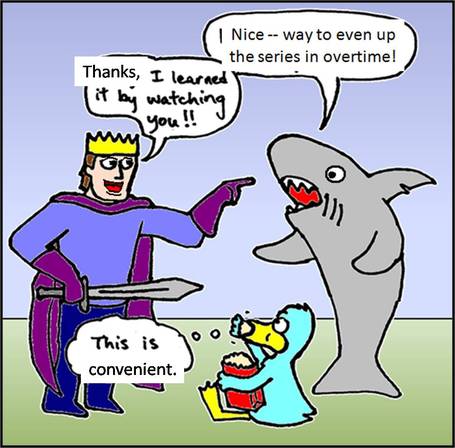 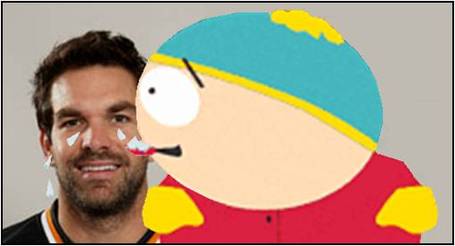 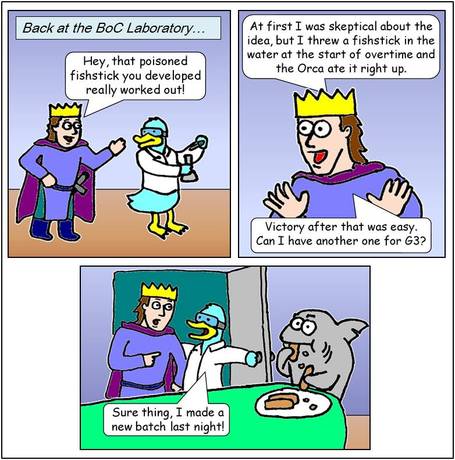 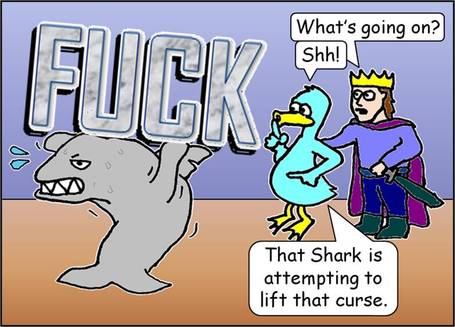 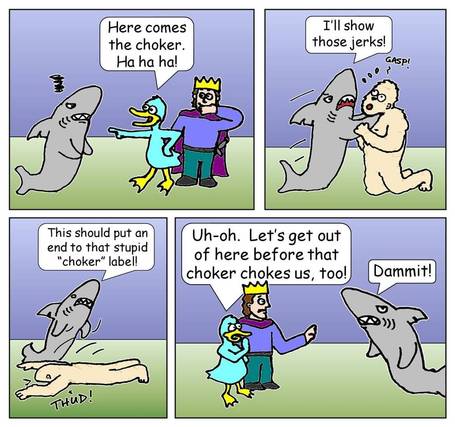 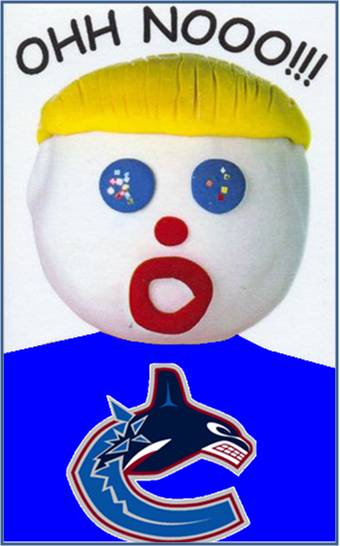 Note: this one never got used, but was created for use during the Canucks' next penalty kill. 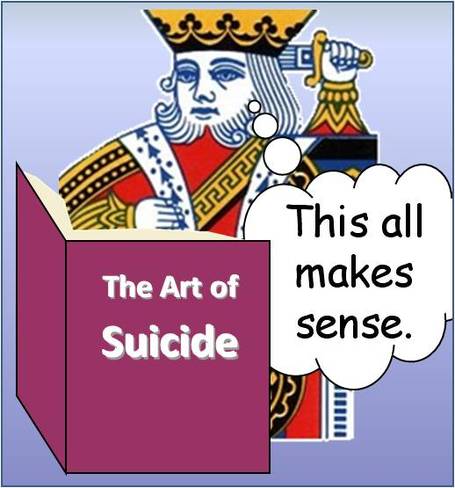 The last image is actually part of a running series of depression cartoons for BoC teams -- here's the Ducks' original one and last year's Sharks version.

Not a bad effort from a guy whose team isn't even in the race.  Sorry I'm so rushed today; more effort coming next post and more cartoons coming next round.