Sharks Postgame: If It Bleeds, We Can Kill It

Share All sharing options for: Sharks Postgame: If It Bleeds, We Can Kill It 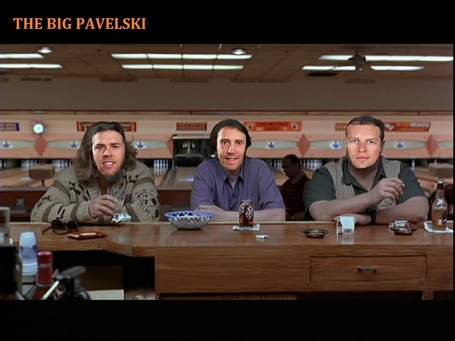 The Sharks win a game one, and they win it against the Red Wings. It's glorious.

I said in the series preview that the Sharks needed to come out hitting, to get to Jimmy Howard early, and to watch their defensive lapses. They out-hit the Wings 38-21 (at one point early in the game up 24-12), they got three goals in the first (within the span of a couple of minutes), and they were, for the most part, careful on defense.

This is going to be a tough series, but the Sharks earned their win tonight. Let us rejoice.

Also, Rudy was wrong, The Big Pavelski is an awesome nickname, and it is catching on. Look: 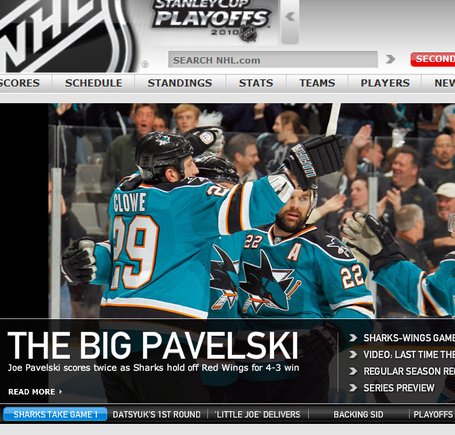