Share All sharing options for: Sharks Gameday: How 'Bout Eggs?

The Sharks play their next two games against the two teams they are most likely to face in the opening round of the playoffs, the Avalanche and the Flames. This accident of the schedule totally kicks ass, since it gives the team a chance to see how they match up against each opponent and to start thinking about strategies, strengths and weaknesses, and how awesome it will be to crush each team's fans emotionally.

Looking at their lineup, the Colorado Avalanche are basically what the Sharks would be without the Sharks' top players. Paul Stastny is good, but not much better than Joe Pavelski would be with a top-line center's minutes. Craig Anderson has had a very similar season to Evgeni Nabokov - a ton of starts, good numbers, and struggling down the stretch. Both teams have a few veterans on the D mixed with some up-and-comers. The Avs are the Sharks if Thornton, Marleau, Heatley, and Boyle all stayed up late eating marshmallow Peeps and missed the game. So how would a playoff series look  between these two teams?

Forwards: Like I said, the Sharks' top three are better than anyone on the Avalanche, which has to give the Sharks the edge. Still, the Avalanche were an offensive force this season, coming in 6th in the league in goals per game (the Sharks are third). If the Avs hadn't traded Wotjek Wolski I would be more concerned - as it is the Sharks have the better forwards.

Defense:  I'll take Dan Boyle and Douglas Murray over Old Man Adam Foote and Kyle Quincey any day. If the Sharks D is in-sync it's definitely the stronger unit. The Avalanche are 15th in the league in goals against (Sharks are 8th) and there isn't a player on their squad that is a difference-maker on-par with Boyle.

Goalie: Very similar seasons for these two, and similar stats as well. Nabokov has a better goals-against-average while Anderson has a better save percentage, with the two playing almost the same number of games. This shows something of the interplay between the goalie and the defense, as the Sharks' superior squad has led to more wins and fewer goals against despite Nabokov's lower save percentage. With both goaltenders starting to show some wear in the past month, I think this could go either way - but I would bet on Nabby, because I think his defensemen will give him more support.

Overall: Sharks fans know better than most that you can never get ahead of yourself in the playoffs. The Avalanche are a good team that performed above expectations this year. Though they've cooled lately, they showed early in the season that they can be a real threat if they get rolling. If the Sharks play smart a playoff series against the Avs should be winnable, but it will by no means be a breeze.

Keeping all that in mind, the Sharks have to be sure not to look past tonight's game, either. This is a team they beat less than a week ago, but the Avalanche will be playing for their playoff lives. The Sharks will probably be without Thornton again, so let's hope that everyone else gives the same strong effort they did in Minnesota.

Mascot Fight: The Avalanche realizes the futility of trying to attack a shark, and melts away in frustration. 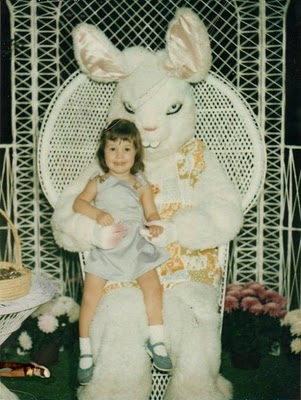