Duckling Gameday -- So our future sucks, too?

Share All sharing options for: Duckling Gameday -- So our future sucks, too?

Ugh -- so one more night of a Selanne-less, Getzlaf-less, Koivu-less, Marchant-less, Niedermayer-less, Visnovsky-less lineup, eh?  Last night the Ducklings got outshot 51-19, the worst shooting differential in Randy Carlyle's NHL head coaching career, so I thought I'd accordingly design them a new logo to wear today: 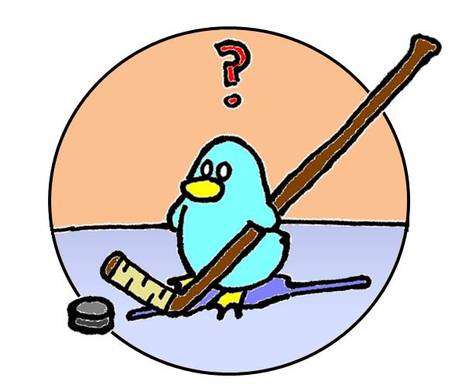 But hey -- monkey see, monkey do.  Last night was the 22nd time in the 80 games so far that the Ducks have been outshot by 10 or more.  In the previous four regular seasons combined, for comparison, the Ducks did that a total of 45 times.

I know none of this matters, and probably it's good to show the 'Decision 2010' trio of Niedermayer, Selanne, and Koivu what shambles this team would be in without them, but still -- I'm much less encouraged about the future than I was yesterday at this time.  And I'm less sure than ever about Randy Carlyle's ability to coach these prospects.

But I suppose there's a chance at renewed or re-killed hope today.  I'll (fortunately?) be away at a dinner with my cousins tonight, so you're on your own for game comments.  In the meantime, why not send Spade some money?  And why not write a letter to somebody urging that next time the Ducks take a trip without their veterans, could they please leave fucking Hayward and Ahlers home too?  That's where I really want to see some new faces anyways.