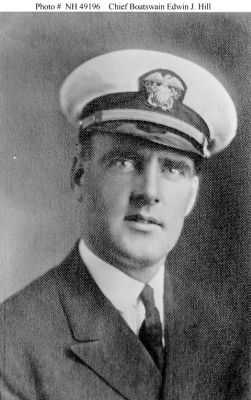 For distinguished conduct in the line of his profession, extraordinary courage, and disregard of his own safety during the attack on the Fleet in Pearl Harbor, by Japanese forces on December 7, 1941. During the height of the strafing and bombing, Chief Boatswain Hill led his men of the linehandling details of the U.S.S. Nevada to the quays, cast off the lines and swam back to his ship. Later, while on the forecastle, attempting to let go the anchors, he was blown overboard and killed by the explosion of several bombs. 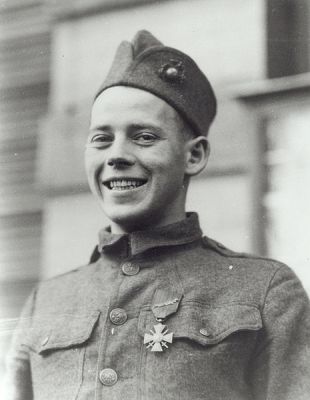 For conspicuous gallantry and intrepidity above and beyond the call of duty in action with the enemy at BLANC MONT RIDGE, France, October 3, 1918. Private Kelly ran through our own barrage one hundred yards in advance of the front line and attacked an enemy machine-gun nest, killing the gunner with a grenade, shooting another member of the crew with his pistol and returned through the barrage with eight prisoners.