Who Cares About the World Championships?

Share All sharing options for: Who Cares About the World Championships? 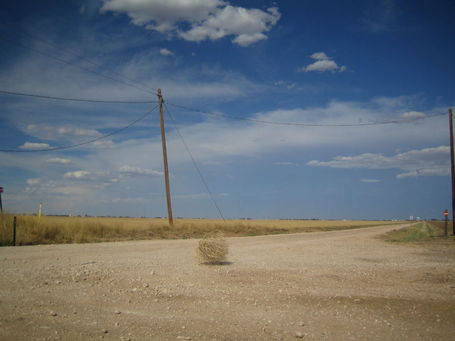 Yes, no one's favorite hockey tournament starts tonight.  The only people who care about the World Championships are Europeans; that makes me wary of it, just like I'm wary of H&M*, Volkwagens and persecuting Jews.  It's a pretty fucking stupid tournament, if you think about it: the greatest tournament in the world is going on... and then this other one, with people who got eliminated from the cool tournament.  It's like watching dudes jerk off after the struck out at the bar, except I wouldn't watch the World Championships.

*As a young professional I go to H&M because fuck, I'm not paying $40 for a Goddamn shirt.  It's fine, except for their pants.  I don't understand, I'm a pretty svelte lad but when I put on their pants I feel like I'm in the middle of transforming into the Incredible Hulk.  Goddamn Swedes and their tiny little legs.  I think I first realized I was turning old when I said, "Fuck nope," to the skinny jeans trend.  Yep, I won't be trendy again until zubaz pants come back in style.  *pulls pants out, snaps them back into place

Anyway, the Kings have a few dudes taking part in this ridiculous exercise:

-Ryan Smyth is playing for Canada as their captain.  WHO THE FUCK CARES.

-Jack Johnson is playing for Team USA as their captain... wait, what?  Who the hell is going to listen to Jack Johnson?  "Alright boys, what we need to do is pretend to be badasses and then fail to hit anyone because we're too stupid to predict where they're going to go.  Then we need to show our front 2 teeth at all times."

-Michal Handzus is playing for Team Slovakia.  I won't say who the fuck cares about Zeus.  I care, in that I hope he doesn't get hurt.

-Alex Frolov is playing for Team Russia.  This might be one of the last times I get to cheer for Fro, so I guess I'm going with Russia.

The tournament is taking place in Germany and you can catch the opening ceremonies here.  Some Ducks are probably playing in the tournament too but I don't care enough to look them up. Fuck Corey Perry, just to be on the safe side.

Is it October yet?