Our brave Sharks blogger Megalodon is moving today, so he asked Rudy to cover tonight's postgame post.  Rudy quickly found something better to do, so he in turn asked me.  Ha ha, suckers.  It's Plan C. 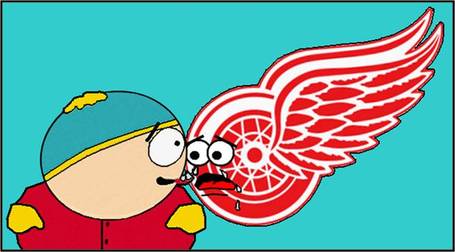 Congrats, Sharks and Sharks fans -- I do love the taste of Red Wing tears.

[Late addition: This is not the best-designed or most justified State Rape ever, but I'm posting it anyway.  I had to get a bit creative with Michigan's split-state geography.] 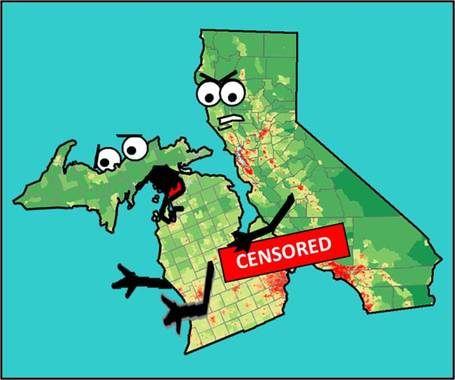 Link to the original State Rape, back in Anaheim's cup year.  Maybe it's good luck?