Welcome to the first volume of our new series, Wiki-Sharks, in which our intrepid hero, Megalodon, will delve deep into the depths of Wikipedia to learn everything there is to know about the players on the San Jose Sharks. 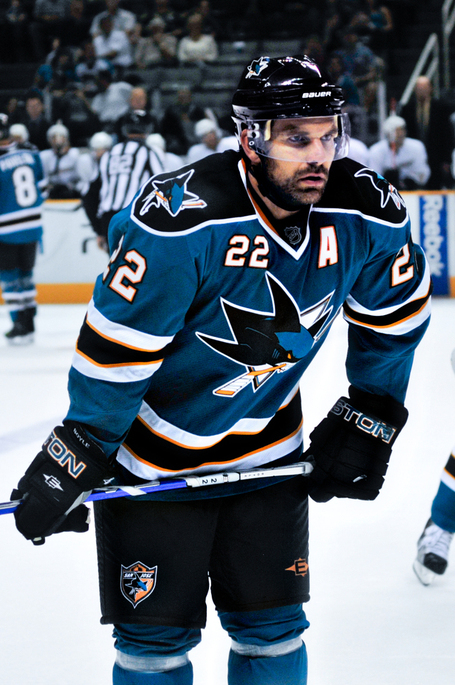 Let's learn about Danny boy, shall we?

He suffered a major setback [...]in September 2007, injuring himself in a freak accident after a pre-season game when a skate slipped off a hook in his locker and hit him in the left wrist, severing three tendons.

That's one of the craziest injuries I've ever heard of, for sure. A lot of times when somebody uses the term "freak accident" the actual accident is a big let down, but not in this case. Gravity and a skate conspired to try and de-hand-itate Boyle. I've got to remember this one the next time some asshole tries to tell me football players are tougher than hockey players - hockey's so dangerous that you can get your limbs chopped off in the LOCKER ROOM.

Boyle was pressured to waive his no-trade clause by Tampa Bay's new ownership, who said they would otherwise place him on waivers where he would likely be claimed by the Atlanta Thrashers.

Hahaha that's awesome - the owners used the prospect of ending up on the Thrashers as a threat to get Boyle to allow a trade. It's like a parent in a store with a bratty kid - "If you don't stop whining I'm going to let a scary old man take you home in his van!"

Also, the Thrashers have been better than the Lightning since the trade, so haha you suck Tampa Bay.

That's lame. Also, I like that somebody doubts this random fact enough to put "citation needed." Okay, you caught me - I get my sick thrills from going around to the Wikipedia pages of athletes and lying about their elementary schools. Muahahaha!

During game one of the 2004 Stanley Cup Finals with the Tampa Bay Lightning against the Calgary Flames, an electrical fire broke out in his Florida home, causing an estimated $300,000 worth of damage. [14]

So the Lightning were playing the Flames and an electrical fire burned down Boyle's home, huh? It would be awesome if stuff like this always happened, based on the teams in the finals. This year I guess it would have been a guy flying a Blackhawk helicopter blowing up Chris Pronger's home. That would have been sweet. 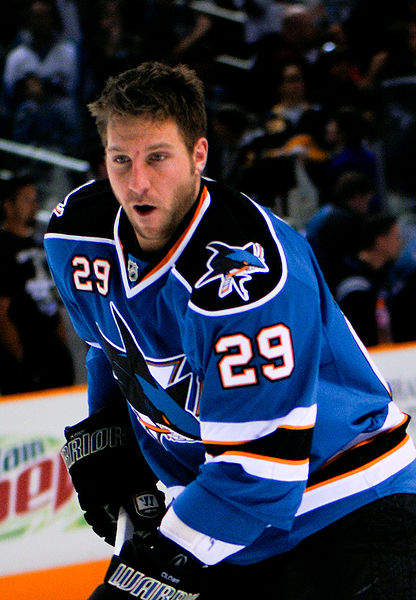 Ryane Clowe, he of the Olde Englishe Name, is our next subject.

Clowe's from Newfoundland, which is really rare for the NHL. Check out the list of ice hockey personnel from Nefoundland and Labrador and see how many names you recognize.

Th wiki-doubters strike again. "Citation needed" - you should be ashamed. I suppose you don't think people with epilepsy deserve help and treatment? You disgust me, random Wikipedia editor.

So Clowe raises money for a youth hockey program and a charity for people with seizures. I'd give a large amount to both charities to watch a hockey game between the two organizations. It would be fucking chaos.

And with that, volume one of Wiki-Sharks comes to a close. Stay tuned for more copy-pasting and offensive attempts at humor in the coming weeks!