(UPDATE 11/23/2010: Per the e-mail requests of Judson and Chet Couture and the advice of the Battle of California legal department, certain sections of this post have been altered. We have been informed that it was not Judson who made the Wikipedia changes to his brother's article, it was "one of his high school phys-ed teachers who was also responsible for honoring Logan by having him enshrined into his high school hall of fame. The information was provided to him by me (Logan's father)." We at Battle of California thank Judson and Chet for their assistance. This article was only intended as satire, and none of what was written in any of the Wiki-Sharks series (or pretty much anything else we write) should be taken as presentations of facts.)

In this edition of Wiki-Sharks, Megalodon continues his alphabetical journey through the Sharks' roster, learning fun facts about our Teal Superstars. Enjoy! 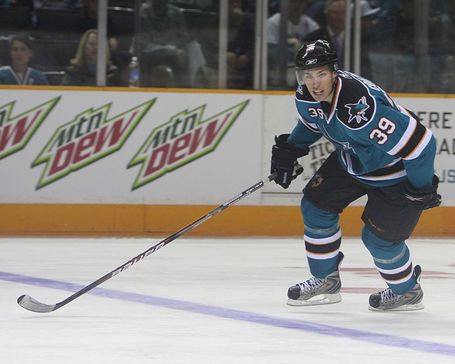 After his Bantam year with the Jr. Knights, Couture signed with the Junior B St. Thomas Stars.

Okay, I can't be the only one...when you see the word "Bantam," especially capitalized, you think for a moment it says, "Batman," right? And for one brief wonderful instant, you imagine that Logan Couture spent a year as Batman on some crime-fighting organization called the Jr. Knights...man, life is so much better in that split-second between reading something and when your rational mind figures out what it's talking about.

Bantam may refer to:

No, Wikipedia, that's not what I was talking about, but that's hilarious.

Couture was born in Guelph, Ontario, to Chet and Lori. He has a younger brother, Judson.

In fact, let's do some research here...when was this thing about Judson Couture added?

As you can see, the most recent change was made on June 1st, and the editor who made the change says they "Added the part about his Brother Judson and his baseball." Based on their command of the English language I'd say this person is either 1) Young, 2) Foreign or 3) Dumb.

Let's look at the rest of this "Personal Life" section:

He grew up attending Lucas Secondary School.[1] Coming from an athletic family, his father, Chet Couture, is a National Lacrosse League (NLL) referee, while his mother, Lori Couture, a graduate of Brock University, is a physical education teacher.[1] Logan's grandfather on his mother's side, Cy Lemon, is a Canadian Lacrosse Hall of Famer.[1] On his father's side, his grandfather, Bob Couture was involved in athletics and music. Growing up Couture was an Oshawa Generals fan. Logan was an exceptional athlete at any sport, excelling specifically in Baseball.

Again we have poor grammar, incorrect capitalization, and a bizarre amount of detail regarding members of Couture's family.  REDACTED REDACTED REDACTED REDACTED  How about we check out the editor's IP address? (It's right there in the screen shot, so anyone can see it.) Where are you from, mysterious wiki-editor? 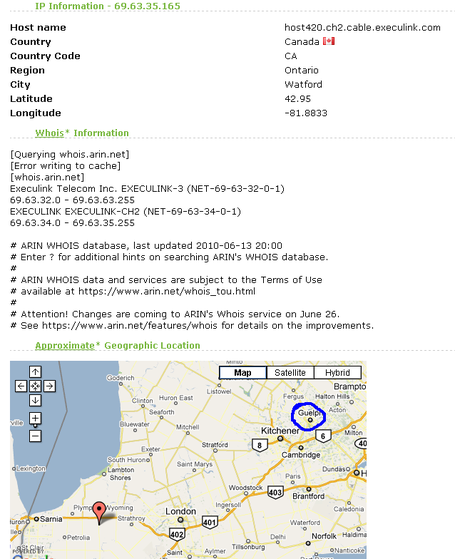 That was fun. Moving on! 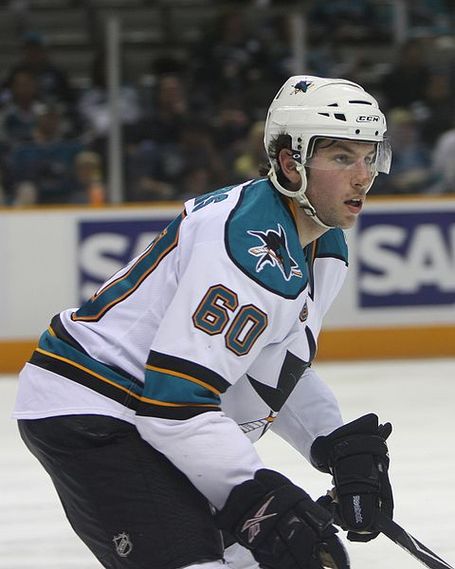 I don't have a joke for this, he's just awesome. I had no idea he was that good.

Oh wait, I do have something - "defenceman." Eww, that just looks wrong. As expected, there has been a long and nationalism-fueled argument about this on the Wikipedia Talk page. Have I mentioned before how much I love Wikipedia? Here are some highlights from the debate:

Ice Hockey is predominately a North American sport, and using the word "Defencemen" would be the same as someone editing the baseball article and calling the person who swings the bat the "batsman" instead of the "batter".

You're an idiot. The important difference here isn't between North American English and European English, it's between U.S. English and Canadian English. And, incorrect as it looks, Canadian English is the language of the sport. All of us Yanks will just have to suck it up and deal with "centre" and "defence" (although I won't write that stupid stuff in my articles).

An iron-clad argument if there ever was one. Google search results are the final arbiter of all truth.

There is literally nothing else interesting to say about Jason Demers, so we're going to move on now.

Andrew Desjardins doesn't have a Wikipedia article. That makes me sad. Quick, somebody get Judson Desjardins on the phone!

His middle name is Trevor. 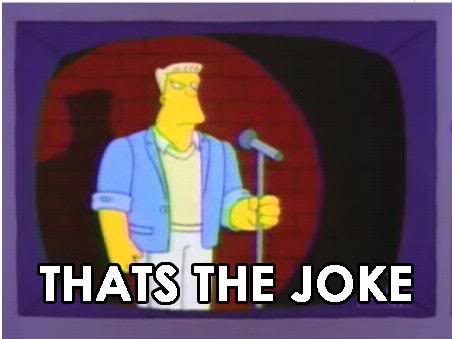 And by the way - "Benn"? What the heck is that? Benn, Dany, Ryane...a bunch of oddly-spelled names on the Sharks. As a lover of the English language, I find those names offensive. I'm going to engage in a 30-page flame war about it on Wikipedia!

The Governor's Academy (formerly Governor Dummer Academy) is an independent school located on 450 acres (1.8 km2) in the village of Byfield, Massachusetts, United States (town of Newbury); 33 miles (53 km) north of Boston. It has 376 students in grades nine through twelve, approximately 75% of whom are boarders. The school was established in 1763, and is the United States' oldest continuously-operating independent boarding school.[1]

Oh, so it's called The Governor's Academy now. I wonder why they changed it?

This school sounds weird as hell.

Ferriero was drafted in the seventh round of the 2006 NHL Entry Draft, 196th overall by the Phoenix Coyotes. However, the Coyotes did not choose to sign Ferriero upon completing his college career.

Ferriero was signed as a free agent by the San Jose Sharks on September 1, 2009.

How do I know this is true? I NEED A CITATION FOR THIS!!!

Well that's it for this episode of Wiki-Sharks. Join us next time when my little brother Judson will be a guest blogger!