Share All sharing options for: Wiki-Sharks vol. 3: Son of Wiki-Sharks

Are you sick of this Wiki-Sharks thing yet? I hope not, because it's way too much fun for me to stop now. 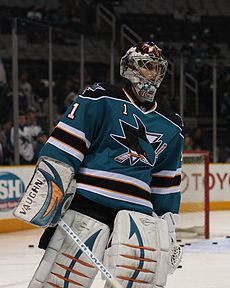 Hahaha Cologne, that's funny....okay, I'm sorry, there's nothing good on Thomas Greiss' Wikipedia page. Seriously, there's nothing joke-worthy about it. He's a decent goaltender with apparently nothing worth mentioning about his personal life. If only he had a little brother named Judson who could spice his page up!

If anybody knows anything interesting about Thomas Greiss please add it to his Wikipedia and let us know in the comments. 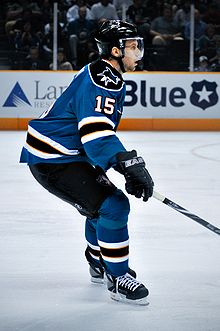 A deal was in place to send Heatley to the Edmonton Oilers on June 30, but Heatley refused to waive his no-trade clause.[3]

I can't blame him for not wanting to play for the Oilers, but this was kind of a douchey thing to do.

Because he was born in Germany and his mother is German, Dany holds a dual Canadian and German citizenship, but plays for the Canadian national team (IIHF rules mandate that a player may not switch countries once he has already competed for one, however, Heatley is eligible to play for the German national team for the World Cup of Hockey as it is a non-IIHF sanctioned event)[citation needed].

Remember when Nabokov had to petition to be allowed to play for Russia, since he had previously played for Kazakhstan in an international event? That was interesting. I'd like to see Heatley do that and play for Germany in the next international competition - that would be an awesome "screw-you" to Canada. 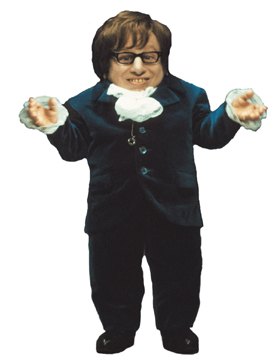 Who do you guys think would win between Ryane Clowe's epileptic hockey team and a midget hockey team?

During the 2004–05 NHL lockout, Heatley initially played for the Swiss team SC Bern. He played consistently well, scoring more than a point per game, until being injured in November when he required surgery for a broken orbital bone after being struck in the left eye with a puck. The pupil in his left eye became permanently dilated as a result.[8]

I'm glad they have a citation for that pupil dilation thing, because otherwise the only way you could know if it was true would be to, like, look at any picture of him (except for the one on his Wikipedia, oddly). He's like Marilyn Manson for shit's sake.

On the topic of Heatley's jacked-up eyeball, doesn't that have to have an impact on his play? I've never heard anyone in hockey discuss it but I've been wondering about it for a while. Shouldn't his vision be compromised because one eye lets in too much light?

Are there any optometrists out there? Hello?

Todd McLellan revealed that Heatley had been playing the entire playoffs with a torn groin muscle.

Yeah it was pretty painful to watch him try and skate out there - this is no surprise. I'd like to read more about this - BUT WHERE THE HELL IS THE CITATION, WIKIPEDIA? You fucking hypocrite.

Heatley also added an assist for a game-high 5 points and was named the All-Star Game MVP. In response to Heatley's impressive performance in just his second NHL season, Eastern Conference teammate Jeremy Roenick commented, "Twenty-two years old? You're not supposed to be able to pull moves like that at 22. My goodness."[25]

Heatley was selected as the cover player for the 2004 installment of the EA Sports NHL video game franchise in 2003. However, due to the fallout from Heatley's accident shortly afterwards, EA switched the cover photo to Joe Sakic, although many copies of the game were shipped with his photo on them.

Heatley has a surplus of interesting stuff on his Wikipedia. I suggest taking some random stuff that happened to Heatley and giving it to less fortunate players like Thomas Greiss. 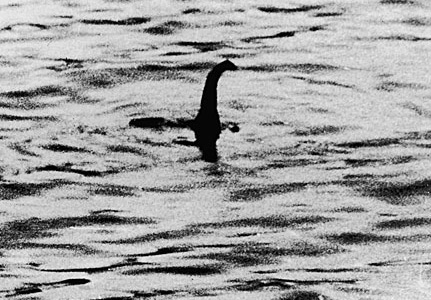 Hey Ivan, we need a better photo for Helminen!

Since turning professional, he has played for the Charlotte Checkers in the ECHL and the Hartford Wolf Pack in the AHL, before signing with JYP Jyväskylä in the Finnish SM-liiga in 2007.

Oh yeah, I love JYP Jyväskyla. They're the best!

That's all there is about Mr. Helminen - he's another guy that could benefit from a few donated anecdotes from Heatley. 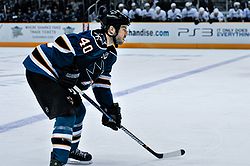 Kent Huskins' Wikipedia page is another boring one, so I'd much rather talk about this: 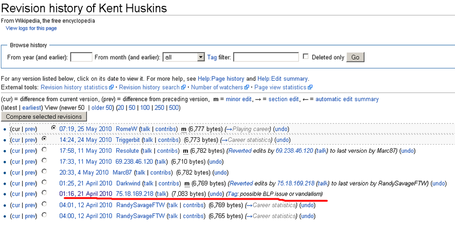 Hmmm..on April 21st somebody messed with Huskins' page? I'll show you what they did in a second, but first, let's ask ourselves why? Why would somebody have done this? (And isn't it great that they reverted back to the more polite and sane version that was written by the noted scholar RandySavageFTW?)

My first thought was that the page was defaced by a Sharks fan after a bad play by Huskins lead to a loss, but the previous game on April 20th was a win in the series against the Avalanche, so why would a Sharks fan be angry about that?

Using the magic of Internet stalking, I've located our mystery-Huskins-hater: 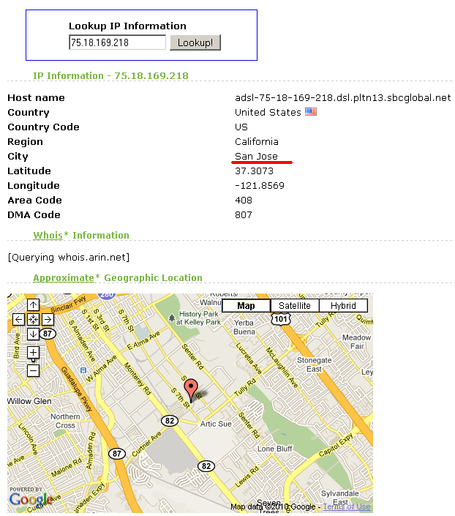 My goodness -it IS someone from San Jose! Let's get a closer look, shall we? 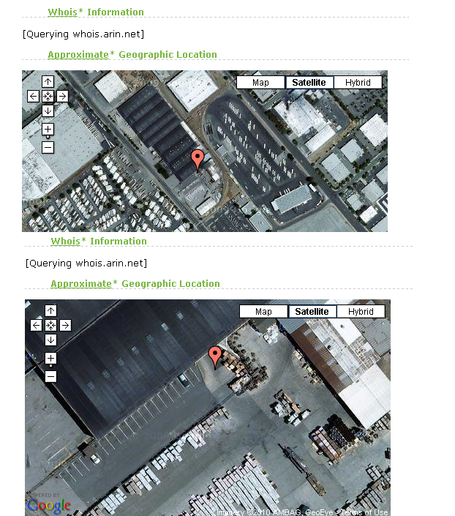 Hmmm...I've traced the IP address to some sort of junkyard. Obviously Huskins once offended Oscar the Grouch, who is now defacing his Wikipedia page from his trash-can home.

Okay, that was a dead end. Please check out the defaced Ken Huskins page here. For those that don't like clicking links, it begins:

Kent Huskins (born May 4, 1979 in Almonte, Ontario) is a shitty hockey player who blows major cock and currently plays for the San Jose Sharks of the National Hockey League.

Hahaha WOW. Somebody out there HATES Kent Huskins. Honestly, going by the language used, there's an excellent chance the culprit is reading this blog right now - if so, PLEASE identify yourself. You're fucking hilarious.

There's nowhere to go from here but down, so let's call it a day. Stay tuned for more Wiki-Sharks, or don't. See if I care.