Share All sharing options for: UFA day is tomorrow!

Can you believe it?  Now we're never really a source for breaking news here at BoC, but I'll be around tomorrow with a randomly-updated post of prominent signings, focusing mostly on BoC teams.  It could get somewhat exciting, or maybe it's just another NHL draft.  :)

Here's your Sleek-endorsed resources for the next couple of days:

Feel free to add your favorite sites or your UFA theories in the comments.

Now I do have to confess that I've been a somewhat lazy blogger (gasp!  I know) -- I still haven't bought myself a new laptop, nor have I figured out how to get my old scanner to communicate with my sister's borrowed MacBook.  And rather than going ahead and resolving either of those two issues this morning, I instead found a third least-useful way to celebrate this offseason's UFA day -- iPhone-camera action-figure posing nonsense!  Hooray for short-term thinking! 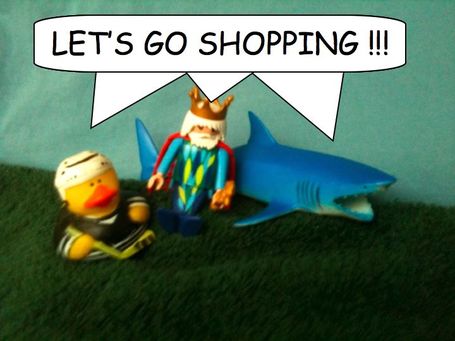 I really don't know what UFA options the Ducks, Kings, or Sharks will be considering in the coming days, so instead we'll just go find out what sort of weird toys Sleek has sitting around his place.

The Duck, King, and Shark assemble to go over this year's free agent class: 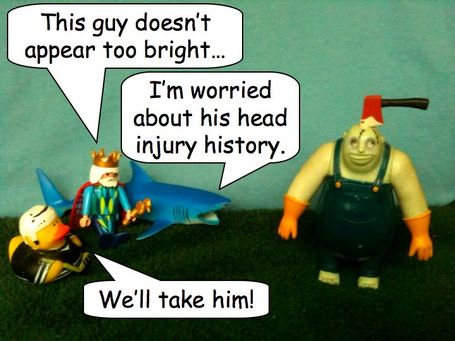 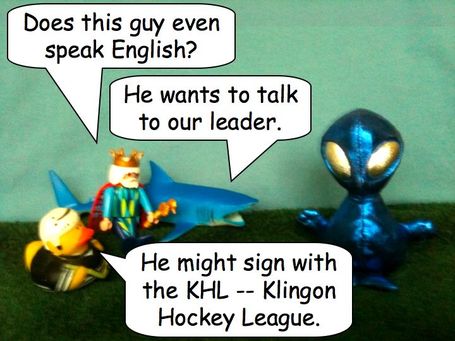 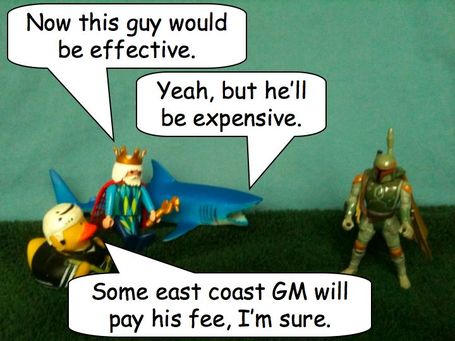 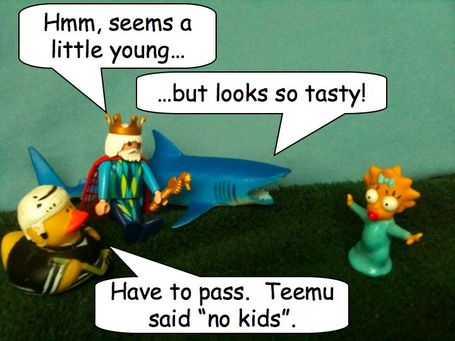 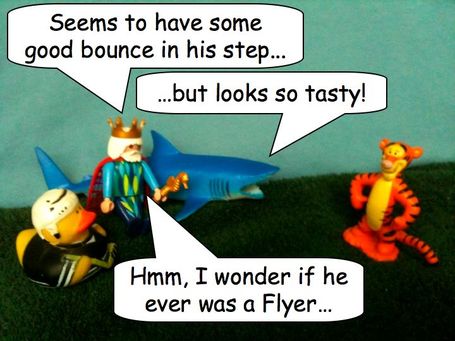 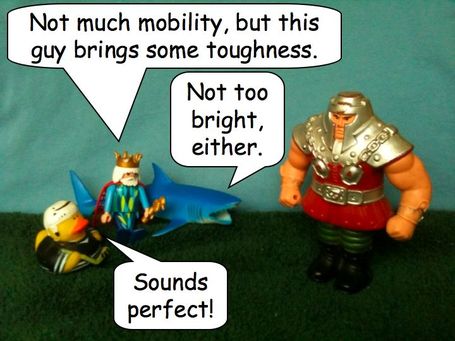 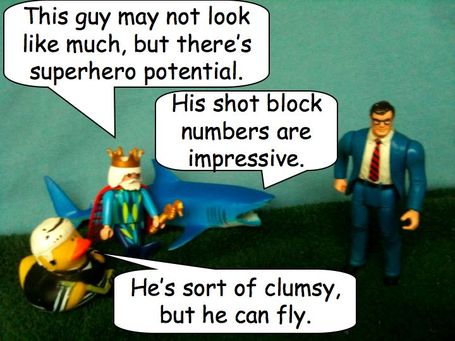 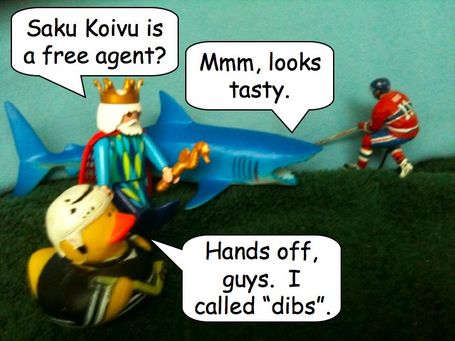 You know, in certain ways, this was way harder to do than my old cartooning method.  I guess it wasn't too bad, though -- I could sort of mass-produce them.  But yeah -- I'll get that on that scanner thing.  :)