Share All sharing options for: Spade's Response to Rudy

In the post below, Rudy offered a challenge to readers -- imagine how he would have responded if the Kings, not the Devils, had signed Ilya Kovalchuk to that mammoth megadeal, and then saw it rejected by Commissioner Bettman and friends.

Our good pal Spade-in-Victorhell decided to multi-trump all of us with an 8-panel cartoon, and it's fantastic.  Guest appearance by Tu Madre!  Here's Spade's spelling disclaimer:

sorry for the mispellings and crappy artwork..i had an hour to get this done...but heres how i think rudy would have responded enjoy 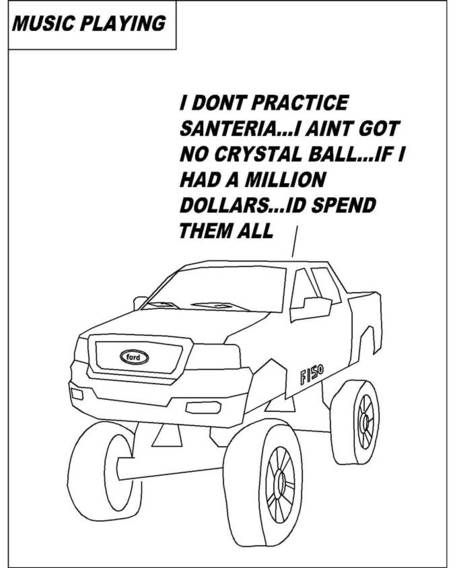 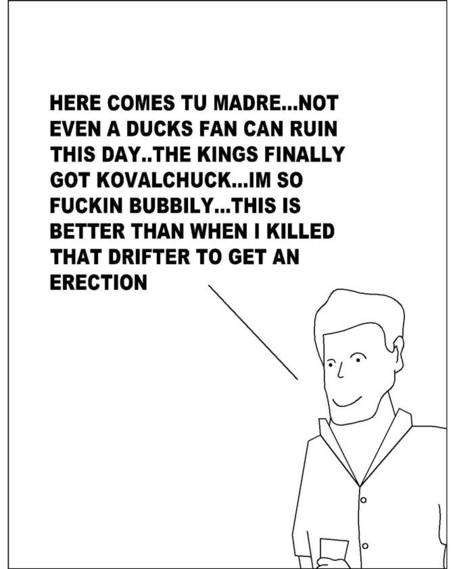 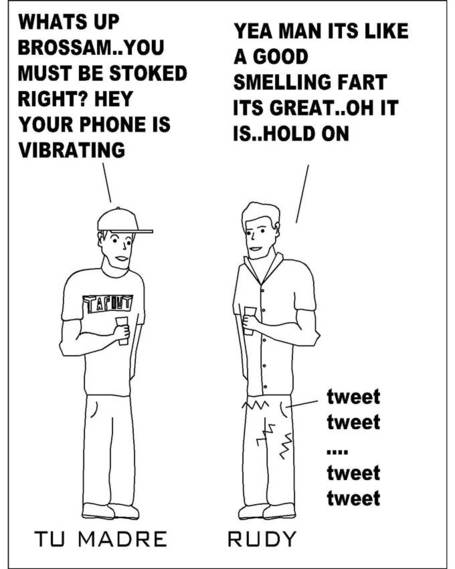 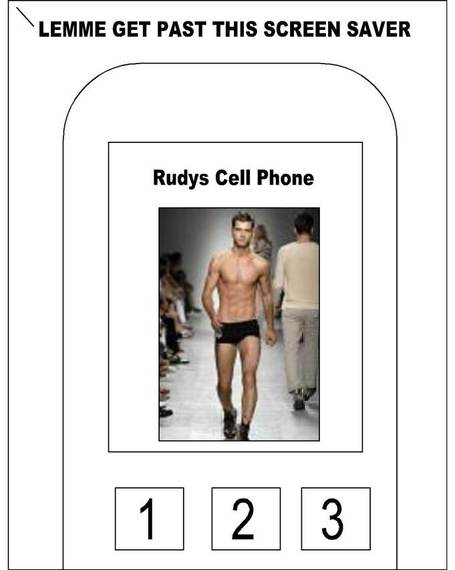 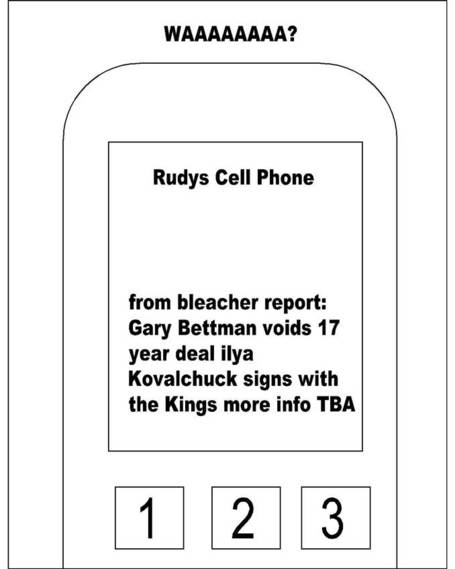 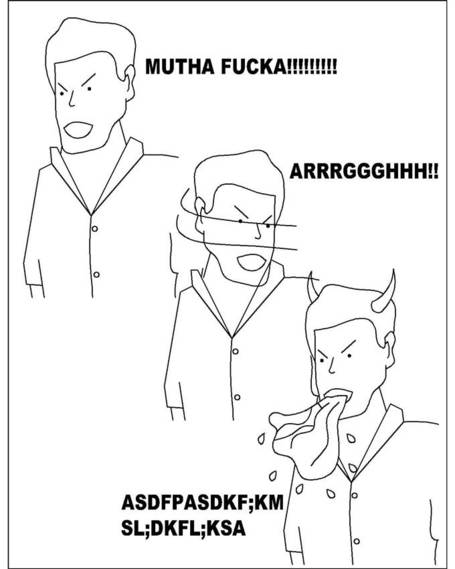 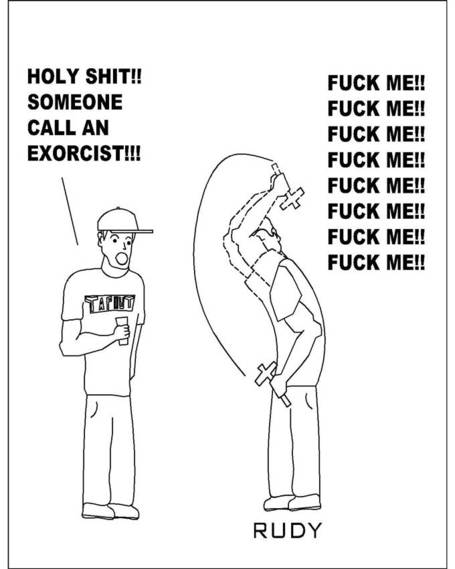 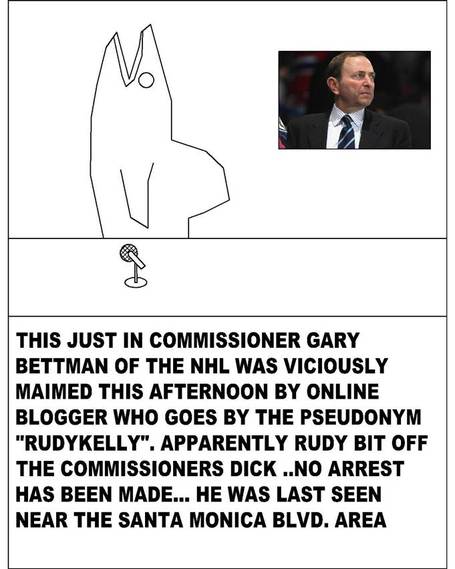 Way to go, Spade -- much better than anything I've done in response to Ilya's crazy Kovalcontract.  I did, however, come up with something I think they should start selling in the NHL store, to help remind future generations of this glorious time when UFA contracts were written in fantasy ink.

It's a design I like to call the Ilya Koval-clock. 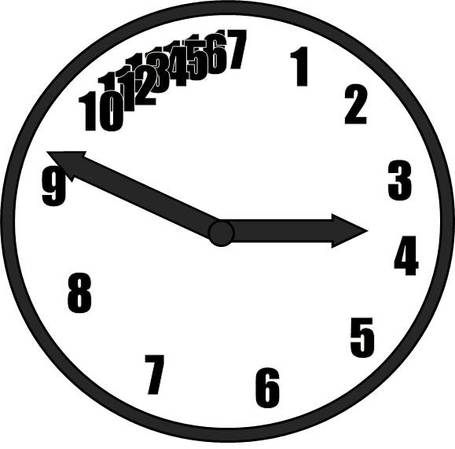 After all, time is relative.