I feel a great disturbance in Wikipedia...as if a thousand editors cried out at once, and then...were silenced. 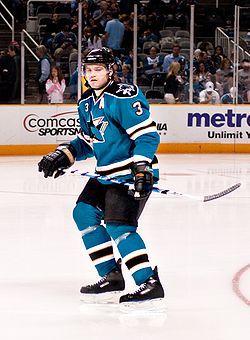 While he is listed in many places as Doug Murray, his mother has expressed a dislike for the name Doug because, when pronounced with a Swedish accent, it sounds like "dog". This resulted in Murray requesting that he be referred to by his full name.

While this is normally the kind of thing I would make fun of, I like Murray so much that I've really made an effort to call him Douglas since I heard about this. My theory is that something about the name "Murray" makes it impossible to resist sincere requests. It's like the time I helped Bill Murray move, or when I loaned Murray from Flight of the Conchords five bucks so he could get some tacos.

I've never been happier to see a citation. Bravo, whoever included that. However, I was crushed to discover it referred to a Mercury News article that is no longer available. Can anyone enlighten us in the comments as to the origin of Crankshaft? 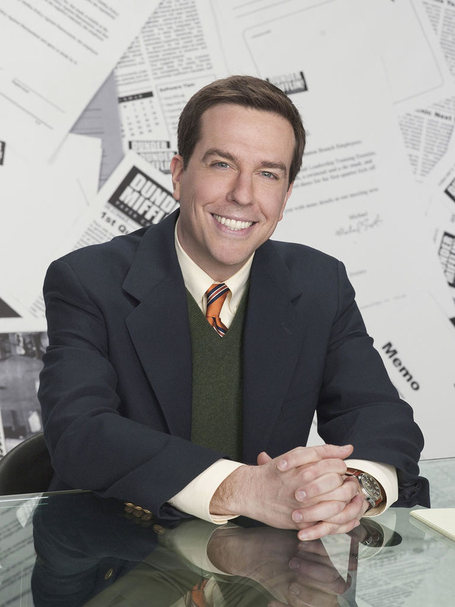 Cornell - ever heard of it?

During the 2005–06 NHL season, Murray was called up to San Jose, due to various injuries plaguing the team's defense. In his short time there, he has already gained praise for his physical presence, as well as solid defense, from such San Jose organization members as TV color commentator Drew Remenda.[citation needed]

"In his short time there" is obviously an outdated comment that needs editing. The second part is hilariously irrelevant. Drew Remenda praises everything. Drew Remenda would praise a bottle of child poison if it had a picture of Darryl Sutter on it.

His first NHL goal was scored in his 115th career game on February 21, 2008, against Martin Biron of the Philadelphia Flyers. However, he would later score three goals and add an assist in a preseason game against Anaheim, provoking many hockey fans to humorously claim Douglas Murray was the next Bobby Orr.

In the interest of accuracy, "humorously" really needs to be in quotes. Or deleted all together, because that's just not funny.

In the pre-season game of September 26, 2009, Douglas Murray performed a hat trick, scoring 3 even strength goals against the Anaheim Ducks, leading to the 6-0 shutout victory. Though It is unofficial due to it being in the pre-season. If it had been in the regular season, it would have been his first career NHL hat trick.

Haha what? What delightful broken English! I'd say this looks like it was written by Murray himself, but in interviews he seems to speak better English than most Canadians. It was probably his mom.

Nobody believes you got a concussion, Mozorov - stop lying! If you can't cite your injuries then they didn't happen.

While his cousins all have Swedish names, Murray's mother preferred to be different and gave her children Scottish or English names. Murray's brothers are named Charles and Ted, with a sister named Roseanna.[4]

This is my new favorite fact ever. I want to spend Christmas with Charles, Ted, and Douglas Murray, and their English-loving mom. I bet they're awesome.

Murray also is the co-founder and managing partner of Uber Dispensing Company.

The company produces the UberTap, a hands-free three-sprout keg tap invented by Murray and several friends from Cornell University, where Murray graduated with a B.S. in Hotel Administration in 2003.

Jesus Christ Douglas Murray is so great. If he managed a hotel I would go on tripadvisor.com and give it 3 1/2 stars (minus 1/2 because if you ask to change rooms Murray body-checks you through the wall).

Murray rang the bell at the New York Mercantile Exchange in the summer of 2006.[5]

I've searched and searched, but can't find a record of the exact date this happened. Regardless, I'm fairly certain that the market went up 1000 points that day.

Awarded the Cleveland Barons Rubbermaid "Player of the Year" (along with Josh Gorges) in 2005.

What an awesome way to end your Wikipedia. Kudos to you, Douglas.

While previously it required several players to fill-out an episode of Wiki-Sharks, the might of DOUGLAS MURRAY HAS COMPLETED THIS ONE ALL BY HIMSELF. ALL HAIL MURRAY!