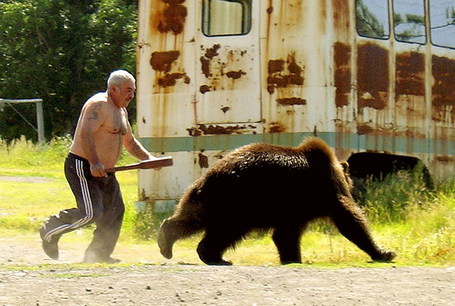 According to a report on Fear the Fin which cites a Russian newspaper (which you are now reading about here, 3rd-hand. Hooray Internet!) Evegni Nabokov has signed on to play in the KHL. Confirmation and a press conference are expected soon.

Anyways, I'm sad to see Nabokov go. I thought for sure some NHL team would sign him. Maybe some have made offers, but they're shitty teams that he doesn't want to play for? Who knows. I hope he has an awesome time in Russia, drinking vodka and growing a beard and whatever else it is people do there for fun.