Give me Wikipedia or give me death! 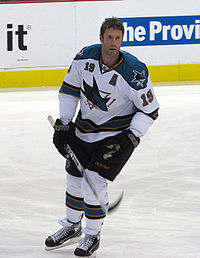 Joseph (Joe) Thornton is an American evolutionary biologist. He is Associate Professor at the University of Oregon and an Early Career Scientist of the Howard Hughes Medical Institute. He is known for resurrecting ancestral genes and tracing the mechanisms by which proteins evolve new functions.[1]

Really? Damn, that's awesome. I knew he was a good hockey player and everything, but this is pretty impressive too. It certainly blows Douglas Murray's B.S. in Hotel Administration out of the water. 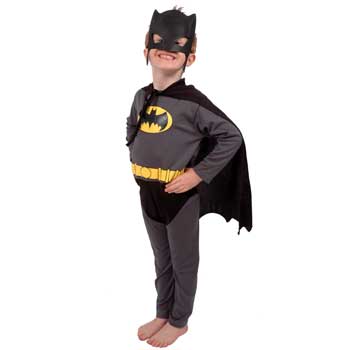 He completed his rookie campaign managing 7 points in 55 games.

This guy sucks! Cut him! He'll never make it in the NHL.

The following season, Thornton was able to make a significant impact and improved to 41 points in 81 games, including a 9-point effort in 11 playoff games that post-season.

Thornton went abroad to play for HC Davos due to the 2004–05 NHL lockout, where he played on a line with fellow young Canadian star Rick Nash and Niklas Hagman, winning the Swiss ice hockey championship.

I've never asked this question before and I probably never will again, but: How did the Swiss people feel about that?

Seriously, were they really happy to have awesome NHL players come over for a season and play on their teams, or were they annoyed at the players for screwing up the balance of teams and basically making the season a big asterisk?

Apparently they speak "German Swiss" in Switzerland, so here is my question for any Swiss readers we may have, helpfully translated by Babelfish:

Did NHL players playing in your country during the lockout make you happy or angry?

Please leave your answers in the comments. Moving on!

Thornton was under heavy scrutiny for his leadership

Many people feel that Robbie Ftorek gave Thornton the "C" too early.

So that's Joe's problem, is it? That's why he sucks so bad, because he was given the "C" too early? Huh - it seems like I JUST read something somewhere about how Joe performed during his first season as captain...what was that again?

He continued to build as a key player in the Bruins' lineup, culminating in his appointment as team captain in 2002–03 [...] Thornton responded with a 101-point season, third in league-scoring, behind Peter Forsberg and Markus Näslund, and his highest output as a Bruin.

In the midst of another career year, the Bruins were, however, struggling in the standings and on November 30, 2005, Thornton was traded to the San Jose Sharks in a blockbuster four-player deal, which sent forwards Marco Sturm and Wayne Primeau and defenceman Brad Stuart to Boston.[2] Thornton was the team's leading scorer at the time by a substantial margin.

To this day, I can't believe this trade. It's like a bad joke on the Bruins. Who the fuck trades their LEADING SCORER for those three guys? I know that sometimes if the team isn't working you MIGHT consider trading your best guy, but how the hell did the Bruins think Marco Sturm, Wayne Primeau, and Brad Stuart would improve things? This isn't even a case of "hindsight is 20/20" - even at the time people were shocked that this deal went down.

The rest of Thornton's Wikipedia is all about how awesome he has been with the Sharks and how he punched two police officers back in 2003. I'm sure they deserved it. 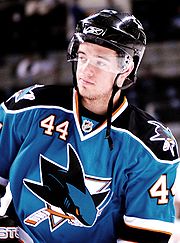 Oh, they helpfully provided the Croatian pronunciation of his name there.

Cool, I'll start booking my tickets now. I think we would get along pretty well.

His nickname with the Sharks is "Pickles", in reference to Vlasic Pickles. He is also referred to as "The Stork", because of the Vlasic Pickles mascot

Good stuff, pretty funny - but apparently not enough of a mention for one rogue Wiki-editor. Looking through the editing history of Vlasic's page, we find this gem - back in May, someone added the following line to the very bottom of his page, in the references section:

Since this is the last Wiki-Sharks, let's celebrate by engaging in a little Internet Stalking and find out where this brilliant bit of comedy came from. 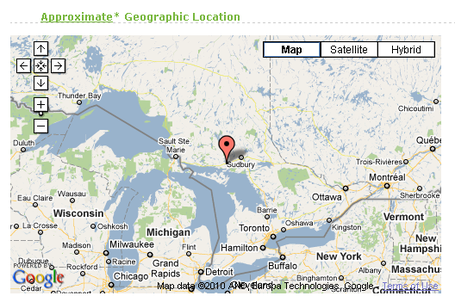 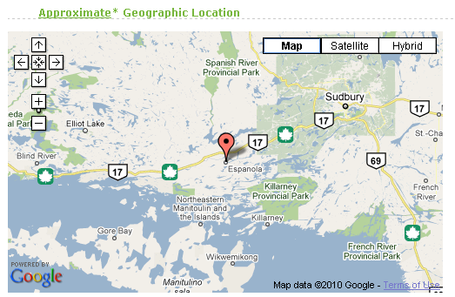 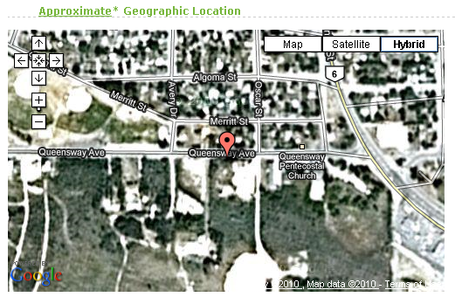 There he is, Hollywood - your next Canadian comedy superstar. The next Jim Carey, Mike Myers, or Ed the Sock is right there, right off the 6 Highway and just past the Pentecostal church. Go get him!

Thankfully, this stupid non-joke was quickly removed and the article was reverted back to the pristine version crafted by our old friend, Wiki-Sharks scholar RandySavageFTW. This hero has shown up before, coming to the rescue after Ken Huskins was viciously libeled. I would very much like to speak to this intrepid Sharks journalist, so if you're out there, RandySavageFTW, please e-mail me! It would make a great Wiki-Sharks epilogue!

And now, the final player on the Sharks roster, the grand finale of this epic 10 part adventure! Drum-roll please... 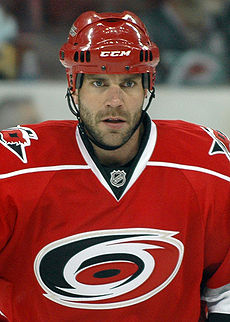 Niclas Wallin is known to many Hurricanes fans as The Secret Weapon due to his timing with postseason goals.

I think it's more likely that his nickname stems from some sort of Jacques "Le Coq" situation. But that's just the way my mind works.

The rest of his Wikipedia is as boring as Sweden itself, so I once again explored the archives and found evidence of cruel vandalism!

On February 7, 2010, it was announced that Wallin was traded to the San Jose Sharks along with a fifth round draft pick in exchange for a second round draft pick that originally belonged to the Buffalo Sabres in the 2010 NHL Entry Draft. Played like shit down the stretch and cost the Sharks several goals in the playoffs vs. the Blackhawks.

Actually on closer examination this is not vandalism at all - that is one hundred percent accurate. If you want to cite a source, cite my broken heart.

And thus ends our triumphant journey through the halls of the Wikipedia pages of the San Jose Sharks. I hope you've enjoyed learning new things about all your favorite players.

So long for now - this has been Megalodon, your guide to the world of facts*.

* = many facts presented on Wikipedia are not actual facts.