Fact: This week on this very blog, RudyKelly started reviewing movies for some reason. He was probably bored and definitely drunk, and he claimed he was doing it all in protest, to force the Kings to make some sort of roster move so he could talk about that instead. To the surprise of all, it worked. Rudy's crazy mission was a success, and the Kings significantly upgraded their team.

I don't know how it worked, but obviously it did. It has already inspired Earl to start reviewing television shows to force the Ducks to do something. So let's complete our off-topic trifecta. I'd like the Sharks to make a move or two. A solid top four defenseman would be just great. Or a mid-range forward. Anything, really - I just want to talk about hockey. And so I present... 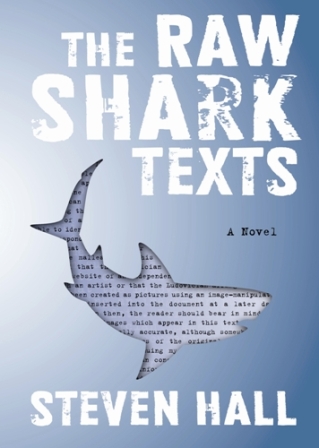 (Minimal spoilers ahead. Don't worry, I swear I won't ruin the book).

What is it about?

A dude wakes up in his house with complete amnesia. He has no idea where he is or even who he is. He finds notes lying around from himself, telling him what to do. He slowly learns that he is being hunted by a creature that eats memories, and that the creature has already gotten him eleven times.

As he slowly tries to piece his life together and figure out a way to protect himself, he learns more about the man he used to be and the girl he used to be in love with - whom he can now no longer remember at all.

Memento and Eternal Sunshine of the Spotless Mind mixed with Jaws.

What is most memorable about it?

The different bizarre creatures in the book. They're all real and alive, but they also only exist in the world of human minds, communication, and memories. Imagine if a song that got stuck in your head was alive and wanted to kill you and you're on the right track. The author took a concept that could have been difficult to swallow and expertly and confidently made it the cornerstone of his novel, and it's awesome.

What did you think?

I liked it a lot. I immediately looked online to see what else the author had written, and was totally bummed when I saw this was his first and (so far) only novel. He's working on another one though, and I will buy it the day it comes out for sure.

There are a lot of great typography effects in this book, with several appearances from a shark made up of letters. It's really cool and different.

Let that be a lesson to you, Sharks. Give in to my demands or suffer the literary consequences!