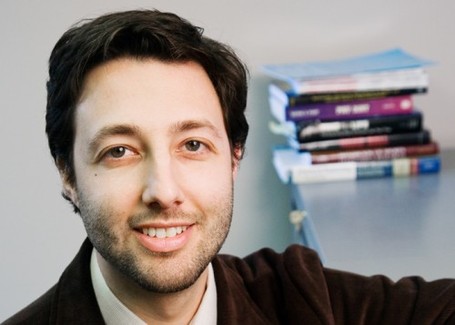 Pictured: the next Copernicus.

There's a reason why some sports fans are referred to as "die-hards" -- even after they move away, their loyalty to their hometown team endures, according to research by two University of Illinois professors.

Okay so you're saying that just because someone moves to a new town they don't magically stop liking the things they used to like? That's pretty out-there, but I'm with you so far.

"People new to a city don't just adopt their new hometown's team as a way to acclimate themselves in a new community," Tainsky said. "For new residents, sports is not that tool to stand around the water cooler and start the assimilation process -- at least not right away, and possibly never for some. They see it more as a way to assert their loyalty to their old hometown team, or the city they identify with. That leads us to conclude that the team or city someone identifies with is a relationship that endures.".

I think I get it. People tend to continue to be fans of the same sports teams over their lives. This is mind blowing!

For international immigrants, sports may serve as one of the cultural markers linking them to their place of origin. Mexican immigrants in Chicago, for example, would be very keen to watch games of their national team played abroad and when Mexican soccer teams come to the U.S.

Whoa whoa buddy, slow down. You're telling me that Mexicans like soccer?

I really like the idea of a couple of scientists sitting down to do research to determine something that is totally obvious to any random dumb sports fan on the street.

I'm not making fun of the researchers, really - I obviously like science enough to be reading ScienceDaily.com -and it's always good to check the data behind stuff that "everybody knows," even though most of us have to fight off the tendency to roll our eyes and go "duh" when we see the results.

You're doing the work of the angels, University of Illinois researchers. Keep reaching for the stars.