Some rather big news, I guess, on the Neverending Story of Cap Circumvention -- if you believe this NY Post story, the league is leveraging three contracts, seemingly, in order to force the NHLPA to agree to changes to the CBA (click on the link to see the supposed demands).  Apparently, the NHLPA has until sometime tomorrow to comply, or else...

If the PA refuses, or if negotiations fail to yeild a common ground, the league has informed the PA that:

1. It will reject the Kovalchuk contract.

2. It will move to immediately devoid the Luongo contract.

3. It will move to immediately open proceedings for a formal investigation into the Hossa contract.

If it's true, that's a real ballsy move for sure.  As a guy who's only occasionally aware of non-hockey current events, I have to wonder where the NHL got that idea?  My idiot theory: 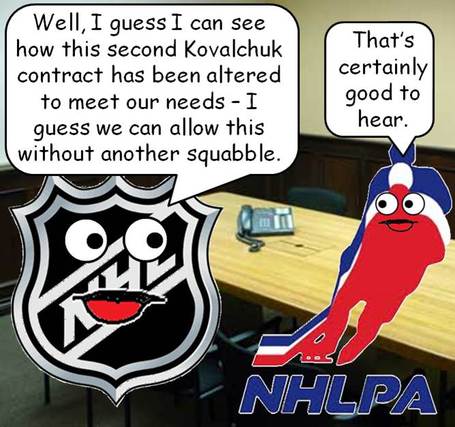 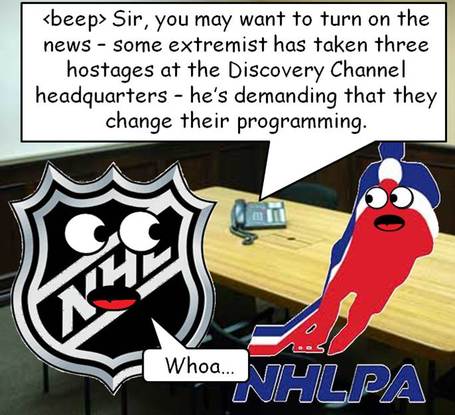 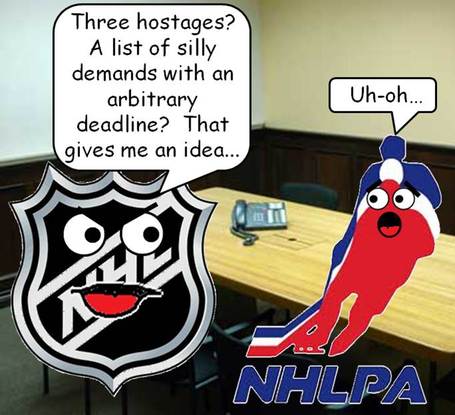 Stay tuned -- may be an interesting day tomorrow.