Bobby on Board, How I've Adored...

Share All sharing options for: Bobby on Board, How I've Adored...

No deal yet but a well-placed source told me late tonight that a Bobby Ryan signing is "very close."  Not known when it'll happen.  Bed time.

Good enough for me -- I normally don't like to pre-report news like this, but Stephens is about a billion times more trustworthy than Larry Brooks, and besides, in a rare moment of BoC preparation, I had already drawn a cartoon for this one. 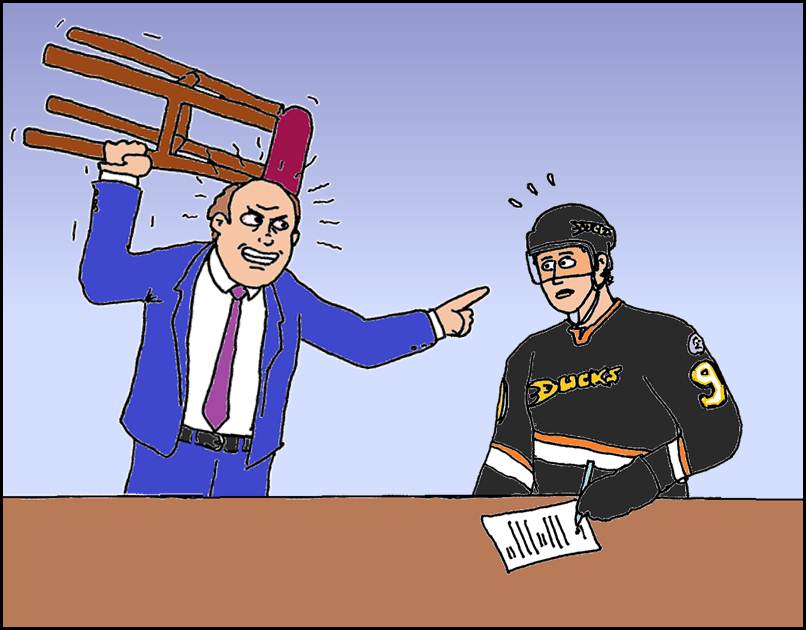 The lost art of barstool-based negotiation.

Of course I'm thrilled with the promise of a B-Ry signing, almost regardless of what the contract ends up being (I'll update here when it's available) -- we already know it'll be a decent price because of the loose $5.325 M "ceiling" set by the Getzlaf/Perry precedents; I guess we're just waiting on how many years the contract will cover, but even that's not very important in the short term.  The important aspect at this point is just that the deal is done in time for camp.

After all this idle waiting, I think I'm coming away impressed both by Barstool Bob and by Barstool-less Bobby -- sure, this contract took longer to resolve than Ilya Kovalchuk, but neither party panicked, neither side signed or pre-reacted to an offer sheet, neither side took efforts to disparage the other side through the media, and eventually (it seems) they reached an agreement like professionals in time for the season.  If B-Ry can keep his composure this well on the ice, should be a very good year for the kid.

The Ducks still definitely have unresolved issues on the blueline, but adding B-Ry in time for camp is huge.  I guess these modified lyrics sum it up pretty well: 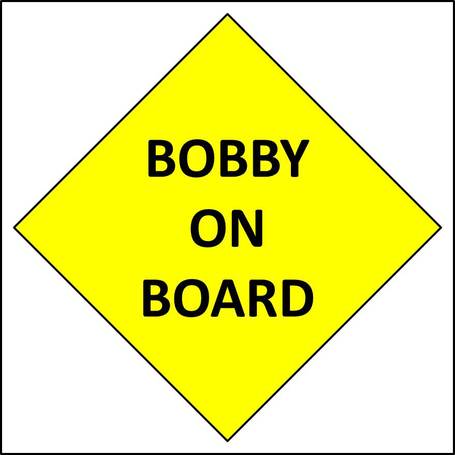 Bobby on board
How I've adored
The signing of the new Number Nine.
His offensive style
Is making me smile,
'Cause now we can ice a second line.
Sure, I'll confess,
The blueline's a mess,
But that goal-scoring threat can't be ignored.
I'm telling you it's mighty neat.
That it didn't take an offer sheet
To get my Bobby on board.

Feel free to add your pre-reaction in the comments.